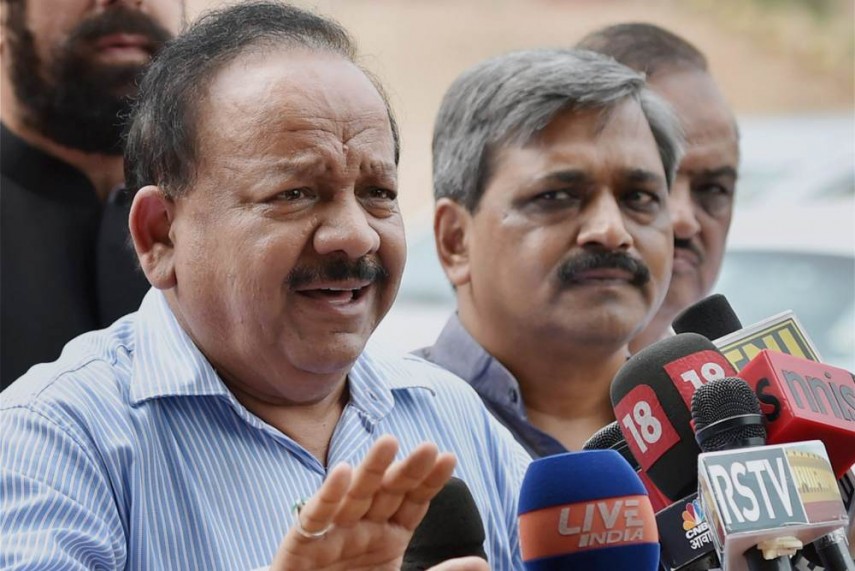 Union Science and Technology Minister Harsh Vardhan has criticised the AAP government, saying its "complete" focus is on attacking Prime Minister Narendra Modi and not cleaning the city.

"Not only Delhi, every city is grappling with the same problem. They are clean in the morning and dirty by afternoon. There is a need to change the mindset. People generally think it is the responsibility of sanitation workers to clean the city. United efforts are needed.

"But there is one more problem in Delhi and it is that we are not in power there. The complete focus of the AAP government is on taking potshots at the Prime Minister. Some people have started thinking that they can have the media's attention by badmouthing someone," he told reporters here last night when asked why the AAP government has failed to achieve the requisite cleanliness levels in the national capital.

The minister, who along with around 25 religious leaders from different faiths took a pledge to achieve "absolute" cleanliness in the country at an event here, said his ministry is taking every possible step to find better ways of solid waste management in the city and elsewhere, and converting other types of waste material into items of daily use.

"We are studying the technologies used worldwide and have already started about two dozen projects this year to find thoroughly complete and inclusive ways of dealing with the issue. We have already spent Rs 20 crore for this purpose," he said.