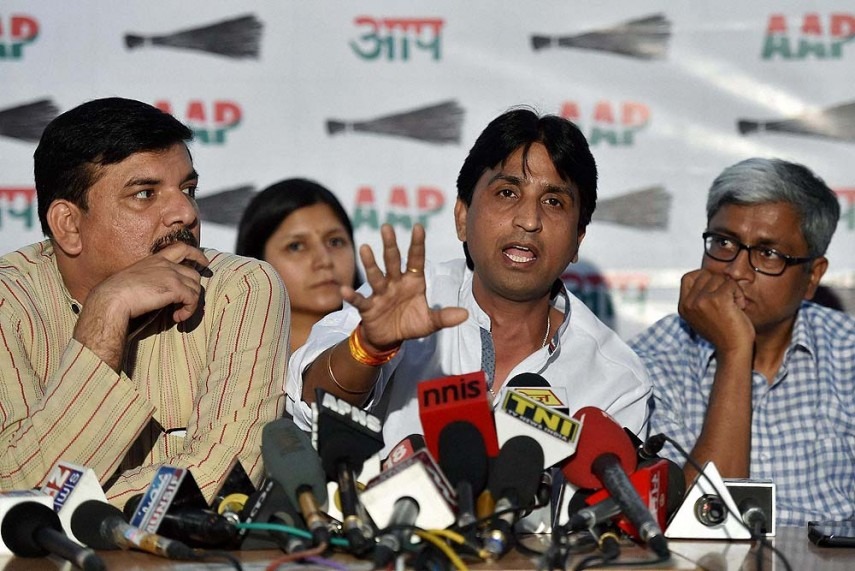 Print
A
A
A
increase text size
Outlook May 03, 2017 09:23 IST AAP Crisis Averted: Kumar Vishwas Made Rajasthan In-Charge Of Party

The suspension is seen as a compromise after Vishwas had threatened to quit the party.

The AAP has also set up a disciplinary committee to look into the statements made by Khan against Vishwas.

In the party's Political Affairs Committee meeting which lasted for three hours at Chief Minister Arvind Kejriwal's residence, a decision was made to give greater responsibility to Vishwas.

"He (Vishwas) will be Rajasthan's party in-charge as the state goes to polls next year," Deputy Chief Manish Sisodia told reporters.

The move comes after Vishwas, in a meeting with Kejriwal and senior AAP leaders last night, demanded stern action against Khan who had accused him of being an "RSS-BJP" agent and plotting a coup in the party, sources said.

The Okhla MLA had on Monday resigned from the PAC.

Vishwas had accused Khan of being a "mask" and acting at the behest of a "coterie" surrounding Kejriwal.

After the emotional outburst, Vishwas had threatened to quit the party.

Kejriwal and Deputy Chief Minister Manish Sisodia had visited the Ghaziabad residence of Vishwas late in the night to pacify him.

The three, along with party leaders Sanjay Singh and Ashutosh, then went to the chief minister's residence. The meeting continued until late in the night.