AFSPA 'Not Imposed Out Of Any Fun', Says Ram Madhav In Reponse To Mehbooba's Revocation Pitch 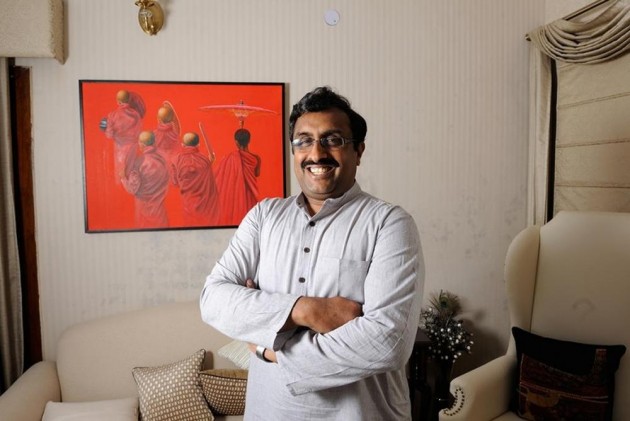 Print
A
A
A
increase text size
Outlook March 18, 2017 18:03 IST AFSPA 'Not Imposed Out Of Any Fun', Says Ram Madhav In Reponse To Mehbooba's Revocation Pitch

Laws like AFSPA are "not imposed out of any fun" and states should create conditions where they are not needed, BJP leader Ram Madhav said today disagreeing with chief minister Mehbooba Mufti's pitch for the revocation of the Act from some areas of J&K.

"It is not out of fun that such laws are in place in some states. They are there, because there is some necessity for such laws there", Madhav retorted when asked about Mufti's comments.

Mufti, whose party the PDP is in alliance with the BJP in the state, had on Wednesday last raked up the issue of revocation of controversial Armed Forces Special Powers Act (AFSPA) from some areas to "see the impact".

"AFSPA and laws like it have not been imposed for out of any fun. When the necessity for these laws will be brought to end by those state governments, wherever they are, whether in J&K or north east and situation gets changed (for better), such laws get automatically scrapped," Madhav said.

He asked state governments to ensure better security, law and order to ensure AFSPA like laws are not needed.

"State governments should contribute in creating of conducive situation where there is no need of imposing such laws", Madhav, a BJP national general secretary said.

Last week in New Delhi, Mufti had pitched for revocation of AFSPA, saying she required a "window of peace" for ensuring good governance to "shrink the space" occupied by militants.

She had said that the PDP and BJP had come together on an Agenda of Alliance which included revocation of AFSPA.

"We should not shy away from revocation of AFSPA. When things improve, why not?" she said adding that "When situation goes bad, we don't shy away from calling more forces."

Her comments had come ahead of bypolls to two Lok Sabha seats of Srinagar and Anantnag scheduled next month.

Madhav also said that the government was making maximum efforts and using all channels including diplomatic ones to ensure that the Indian clerics who had disappeared in Pakistan are brought back safely.

"Government of India is doing everything possible to bring them back", he said.

Asked whether it is a provocation by ISI and Pakistan, he said "this will come out once these two people are located and brought back safely. The whole episode as to who is behind their disappearance will come out".