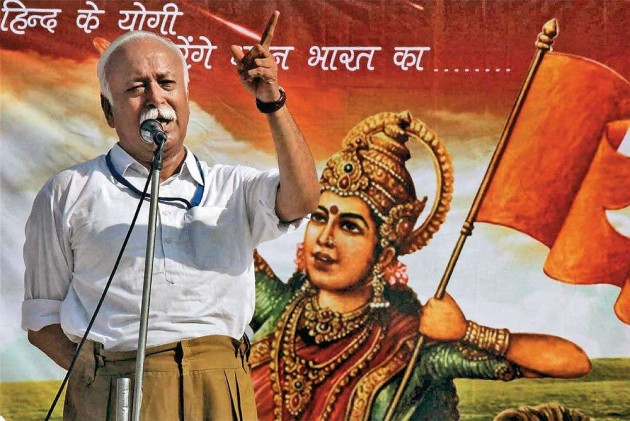 Congress leader C K Jaffer Sharief has written to Prime Minister Narendra Modi backing RSS chief Mohan Bhagwat as the President of India, saying there is no doubt on his "patriotism and commitment to the Constitution."

In his letter, written on March 29, the former Railway minister said, "I personally feel that nobody should find fault with Shri Mohan Bhagwat's name being considered as a choice for the Presidentship of our country."

He said one should not make an issue by opposing Bhagwat's name for the President's post because he is a "patriot, wedded to democracy" and working for the welfare of the people.

The Shiv Sena has recently suggested that Bhagwat be made the next President, but the Congress came out against the suggestion as the party "opposed the saffron ideology" and said it would come out with its own candidate after holding internal discussions.

To a question that his stance on Bhagwat may be at variance from that of the Congress, Sharief over the phone said his support for Mohan Bhagwat is a matter of "principle".

President Pranab Mukherjee's term is drawing to a close, and there has been speculation about Bhagwat's candidature for the top post. The RSS chief however had dismissed such reports.

Asserting that the RSS had supported former Prime Minister Indira Gandhi during the Bangladesh war, Sharief asked, "Why anyone should now become small and narrow minded to say that we have no faith and confidence in an Indian, who is a patriot and who is wedded to democracy and also working for the welfare of the people."

"I therefore, strongly feel that no one should make an issue unnecessarily by opposing the very consideration of Shri Bhagwat's name itself," he said.

Sharief expressed hope that the political parties would also be "broad minded and large hearted" and do their best in living up to the expectations of the secular people of the country.

He said minorities should not have any fear or crisis of confidence over Bhagwat's name being considered for the coveted post.

"As a Muslim and a person belonging to minority community of India, I feel that the minorities should not have any fear or crisis of confidence in Shri Mohan Bhagwat's name being considered," the Congress leader said.

"Bhagwat may belong to one school of thought but there should not be any doubt about his patriotism, love for the people of India, loyalty to the nation and commitment to the Constitution of India and to democracy," Sharief said.

He also backed Modi's suggestion for simultaneous elections for Parliament and Assemblies, saying different elections with different timings cause needless strain on the exchequer and hinder the progress of the country.