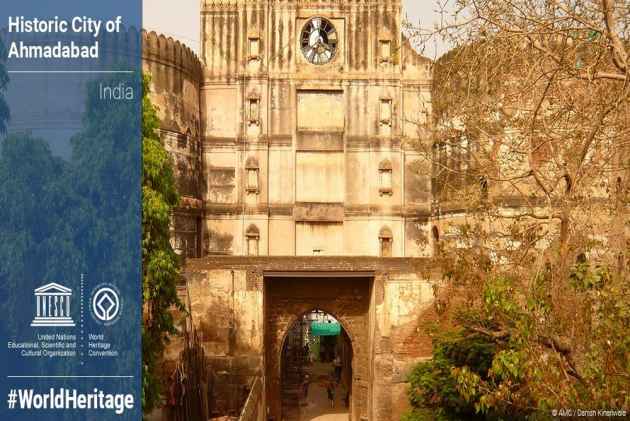 Expressing delight at the announcement, Rupani said in a tweet, "Thrilled to learn that Ahmedabad has been recognised as UNESCO World heritage city, first of its kind in India".

"Delighted to know that UNESCO has declared Ahmedabad as World Heritage City. Proud moment for every Indian," the BJP national president said in a tweet.

Thrilled to learn that Ahmedabad has been recognised as a UNESCO #WorldHeritage city, first of its kind in India. https://t.co/cU5dkmumnK

Ahmedabad was in the race for the prestigious title along with Delhi and Mumbai.

The walled city of Ahmedabad believed to be founded by Ahmed Shah some six hundred years earlier has 26 ASI-protected structures, hundreds of 'pols' that capture the essence of community living and numerous sites associated with Mahatma Gandhi who lived here from 1915 to 1930.

In 1984, the first study for conserving heritage structures was carried out in the city. A heritage cell was also set up by the Ahmedabad Municipal Corporation (AMC).

The city had featured in UNESCO's tentative list of world heritage cities on March 31, 2011.