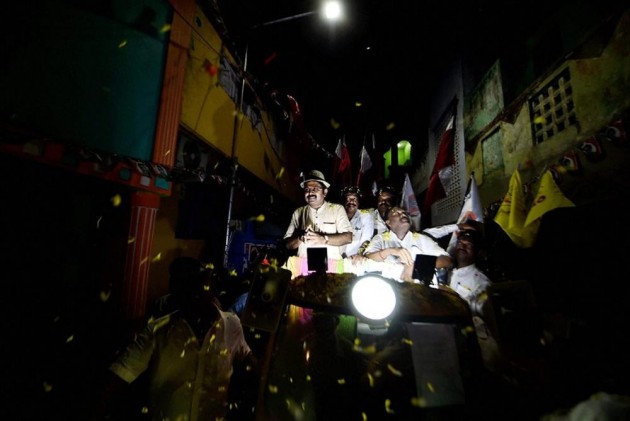 The ruling AIADMK's Amma faction leader TTV Dinakaran has convened a meeting of party MLAs today, a move which comes hours after the Tamil Nadu cabinet led by Chief Minister E K Palaniswami revolted against him.

The rival O Panneerselvam camp is also meeting separately here to discuss the future course of action, sources in the faction said.

An influential section of Sasikala loyalists led by Palaniswami late last night made the dramatic announcement to keep away the General Secretary and Deputy General Secretary Dinakaran from the party and affairs of government, saying people and party workers were against them.

This is the second revolt in AIADMK since party supremo Jayalalithaa's death in December last. Panneerselvam broke ranks with Sasikala in February, alleging he was forced to resign.

Now there are three factions in Tamil Nadu headed by Palaniswami, Panneerselvam and Dinakaran, who is filling in for Sasikala, jailed in connection with the DA case in which Jayalalithaa was the main accused.

Though Finance Minister D Jayakumar, who announced the revolt after the meeting at Palaniswami's house, claimed the decision to keep away Sasikala family was "unanimous", some MLAs vowing allegiance to Dhinakaran questioned the ministers' action.

He is scheduled to discuss the situation arising out of the revolt by the ministers, party sources said.

Six MLAs including P Vetrivel and Thanga Tamilselvan, have extended their open support to Dinakaran, whose house witnessed hectic activity till early today.

His supporters, including senior leaders such as Nanjil Sampath and Tamil Magan Hussein, held discussions with him, though Dinakaran chose not to meet waiting mediapersons despite initial indications that he would address them.

The Panneerselvam camp will also be meeting to discuss the present political situation.

The latest revolt came on a day when the Panneerselvam camp made merger talks between the two camps conditional to the ouster of Sasikala and Dinakaran.