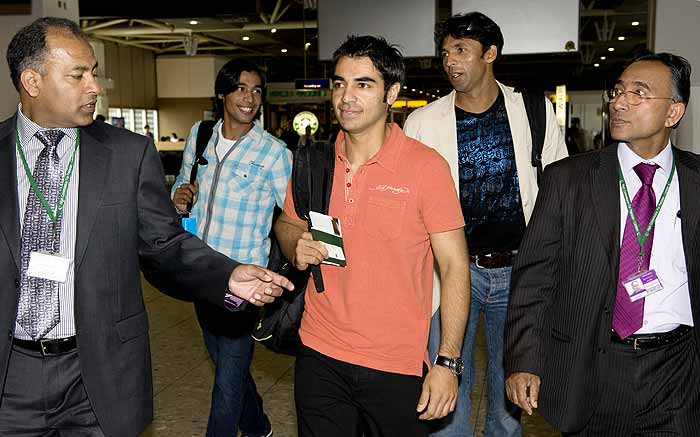 outlookindia.com
-0001-11-30T00:00:00+0553
Former Pakistan captain Rashid Latif says cricketers from all Test-playing nations indulge in spot-fixing and some matches are scripted "like movies".

Latif, who retired in 1994 tour to protest suspected match-fixing by his teammates, said Pakistani cricketers are not the only ones involved in such shady dealings.

"It is widely believed that only Pakistani players are involved in this practice (spot-fixing), but I have seen it all very closely and I can easily say that players from every country do it," Latif told The Age.

"There are clever ways to manipulate the game and maximise profits if players are involved. For example, some cricket matches have been scripted, like movies or plays, where it is decided that so many runs are to be scored in the first session of a Test, or how many in a certain over, and so on," he said.

His comments come amid the raging spot-fixing controversy which has led to the suspension of Pakistan Test captain Salman Butt and pacers Mohammad Asif and Mohammad Aamir for their alleged involvement in a betting ring exposed by a British tabloid's sting operation.

Latif said he was suspicious about the dismissal of two Australian batsmen in a Test match but the newspaper did not disclose who the players in question were.

"I am not saying that both players were involved in spot-fixing, but the sequence of events was enough to create a doubt in my mind. I want to say that a player is called a cheat only when he is caught, otherwise nobody points a finger at him, and believe me 50 per cent of the players fall in this category," Latif said.

"I was an average player, yet I was offered money for wrongdoings and I brought it into the knowledge of the ICC," he added.

Latif said keeping internet laptops out of the dressing rooms is one way of ensuring that game remains free of corruption.