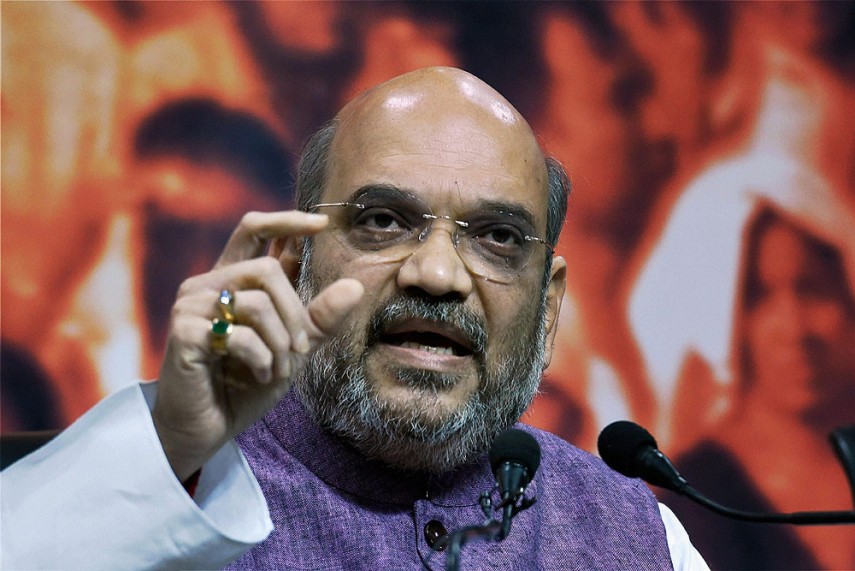 Lashing out at Congress, BJP President Amit Shah today charged that the country has not witnessed any progress since Independence as "one family" held the reins for 60 years and asserted that BJP alone could usher in development.

With an eye on the Uttar Pradesh Assembly polls due next year, Shah said if the country is to progress, the development of the state is essential.

"It has been 70 years since we gained Independence. But there has been no development in the country as one family was in power for 60 years," he said.

Shah slammed the erstwhile Congress governments for "absence of development" in the country.

"I feel sad to say that it has been 70 years since we have won freedom and for 60 years, Congress was in saddle and the result is for everyone to see," he said.

Shah was speaking at a 'Tiranga Yatra' as part of 'Yaad Karo Qurbani' programme to commemorate the sacrifices of freedom fighters ahead of Independence Day.

Asserting that BJP alone can usher in development in the country, he said if SP or BSP came to power in Uttar Pradesh, they will work for the development of only one community.

"If SP or BSP come to power they will work for the development of only one community. BJP alone can ensure all round development in the state. BJP believes in 'sab ka saath, sab ka vikas'," Shah said at the event held on the outskirts of Lucknow.

"Without the development of Uttar Pradesh, the country cannot march ahead," he said.

The programme was held at Kakori town which had shot into prominence due to Kakori train robbery when some Indian revolutionaries looted British government's treasury from a train on August 9, 1925.

He termed as unfortunate the situation in the country and said villages are without electricity, youths are jobless, agriculture fields are without irrigation facilities and poor patients are dying for want of medicines.

He said the country could not repay the debt of known and unknown martyrs who laid down their lives for freedom.

The BJP president assured the people of the area that he would pass on the message of converting Kakori memorial into a tourist place.

Prime Minister Narendra Modi flagged off celebrations on Tuesday from the home of freedom fighter Chandrashekhar Azad in Madhya Pradesh.

With eyes firmly set on Uttar Pradesh, where assembly elections are due early next year, BJP has lined up a host of Union ministers to visit the state as part of its Tiranga Yatra.

Home Minister Rajnath Singh would participate in the yatra at Shahjahanpur and Transport Minister Nitin Gadkari will do so in Mughalsarai.

Earlier, Shah paid tributes to martyrs of Kakori train robbery at the memorial and planted a sapling. He also had lunch with BJP MP Kaushal Kishore before leaving for Delhi.