Animals Dying In Accidents In Kaziranga, What Are Your Traffic Sensors Doing?: NGT Pulls Up Assam Govt 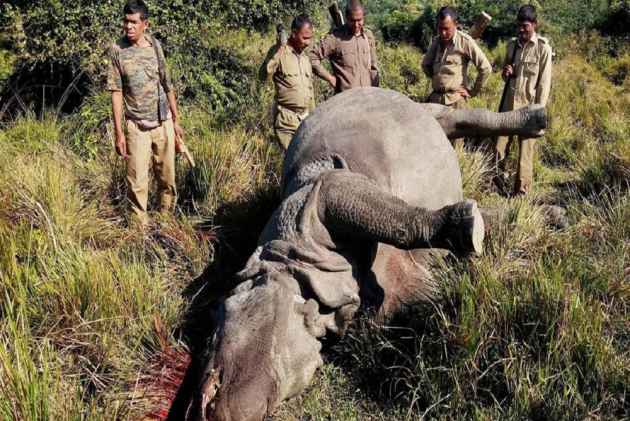 Print
A
A
A
increase text size
Outlook July 12, 2017 16:32 IST Animals Dying In Accidents In Kaziranga, What Are Your Traffic Sensors Doing?: NGT Pulls Up Assam Govt

The National Green Tribunal today rapped the Assam government for the death of several animals in road accidents in the Kaziranga National Park and directed it to ensure their safety, especially during monsoons.

Concerned over growing wildlife deaths in road accidents near the home of the famous one-horned rhinos, a bench headed by NGT chairperson justice Swatanter Kumar directed the Assam government to take urgent steps to protect animals during the floods.

"The animals are dying in road accidents on a daily basis. What are your traffic sensors doing? Tell us, why the sensors are not able to protect these animals," the bench said.

The green panel was informed by the Sarbananda Sonowal government that it has carried out 1,010 challans on National Highway-37 that passes along the southern boundaries of Kaziranga National Park for over-speeding and over-loading till July 10.

The Assam government counsel told the NGT that not even a single animal has died on the stretch where sensor-operated automated traffic barriers have been installed.

The tribunal was hearing a plea filed by wildlife activist Rohit Choudhury opposing the widening of NH-37 which passes from Jakhalabandha to Bokakhat along the reserve.

Advocate Ritwick Dutta, appearing for the petitioner, alleged that nine hog deers have been killed in road accidents in the last 10 days and said urgent steps are needed for the safety of these animals.

The tribunal directed the counsel for the petitioner to identify the stretches where sensor barriers have not been installed so that it can be replicated in other areas.

The matter was fixed for next hearing on July 14.

The tribunal had earlier said that any vehicle found crossing the 40-km speed limit on the NH-37 will have to pay an environment compensation of Rs 5,000, besides a fine under the Motor Vehicles Act.

The national park director had earlier told the bench that sensor-operated automatic barriers on NH-37 near the Malini Camp of the rhino habitat have been installed.

He had submitted that a total of four animals -- two hog deer, one capped langur and one python -- have been killed till April 30 after being hit by vehicles.

Three interceptor vehicles are at present in operation round-the-clock in the 66-km stretch of the highway running along the park to check that vehicle speed does not exceed the 40-km limit, he had added.

Continue FREE with Ads Pay Rs. 1 to Read Without Ads
READ MORE IN:
Sarbananda Sonowal National
Next Story : Trillion-Tonne Iceberg, One Of The Largest Ever Recorded, Snaps Off Antarctic Shelf
Download the Outlook ​Magazines App. Six magazines, wherever you go! Play Store and App Store