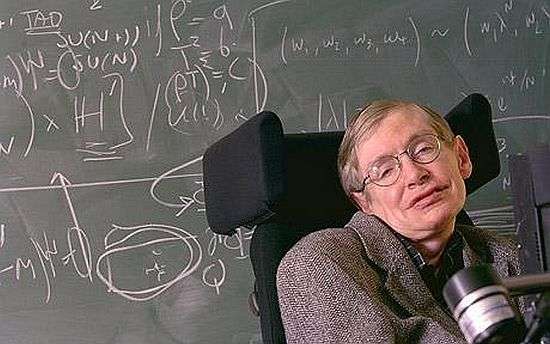 Hawking, who has the motor neurone disease amyotrophic lateral sclerosis (ALS), is using a new system developed by Intel to speak.

Machine learning experts from the British company Swiftkey were also involved in its creation. Their technology, already employed as a smartphone keyboard app, learns how the professor thinks and suggests the words he might want to use next.

Hawking says the primitive forms of artificial intelligence developed so far have already proved very useful, but he fears the consequences of creating something that can match or surpass humans.

"It would take off on its own, and re-design itself at an ever increasing rate," he told the BBC.

"Humans, who are limited by slow biological evolution, couldn't compete, and would be superseded," he said.

He has, however, been an enthusiastic early adopter of all kinds of communication technologies and is looking forward to being able to write much faster with his new system.

But one aspect of his own tech - his computer generated voice - has not changed in the latest update.

Hawking concedes that it's slightly robotic, but insists he did not want a more natural voice.

"It has become my trademark, and I wouldn't change it for a more natural voice with a British accent," he said.

" I'm told that children who need a computer voice, want one like mine."