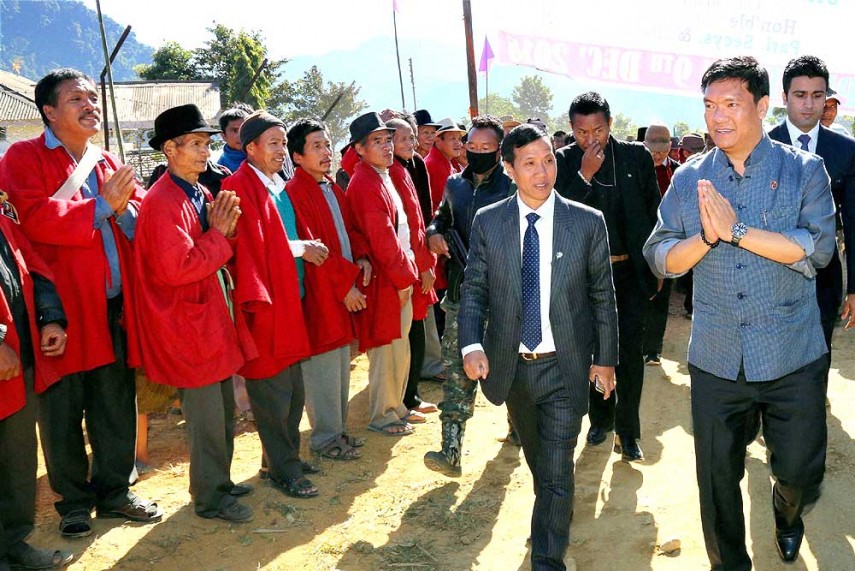 Takam Pario, one of his ministers, may replace him as the next Chief Minister,  said PPA President Kahfa Bengia.

PPA President Kahfa Bengia in an order stated that by virtue of the power vested in him by the Constitution of the party and the resolution adopted in the state executive committee meeting held on December 20, the MLAs are placed under suspension temporarily from the primary membership with immediate effect pending initiation of disciplinary proceedings.

Bengia said prima facie he was satisfied with the proofs of their indulgence in gross "anti-party" activities.

The order further stated that with the suspension, Khandu ceased to be the leader of the PPA Legislature Party.

He directed the party MLAs and PPA functionaries not to attend any meeting called by Khandu and said that any members failing to comply with the order would have to face disciplinary action of the party.

Bengia, in a letter to Assembly Speaker T Norbu Thongdok requested him to declare the suspended MLAs as unattached members of the House and arrange separate sitting for them in the House.

He further requested the Speaker to communicate the development to the Governor.