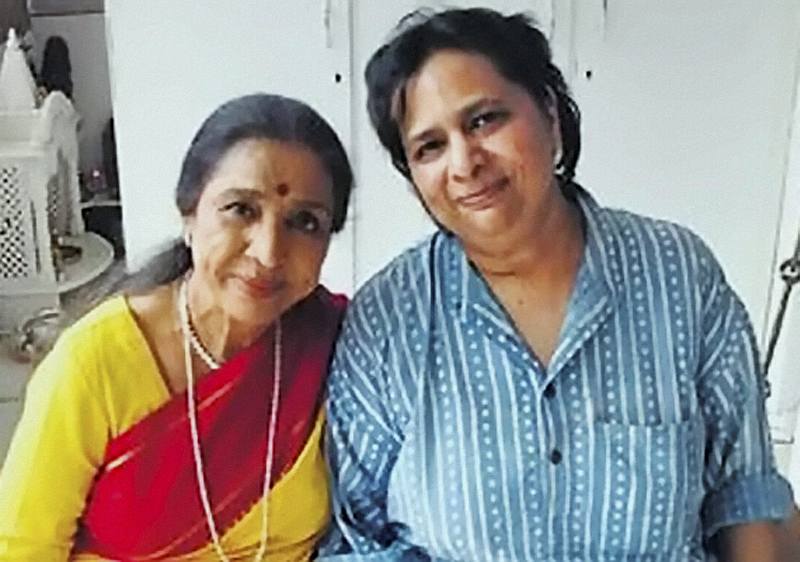 A singer and columnist, Varsha, 56, shot herself in the temple with a pistol of Belgian make at her residence in 'Prabhu Kunj' apartments on posh Peddar Road in South Mumbai.

She has not left behind any suicide note, Additional Commissioner of Police (South) Krishna Prakash said, adding police are trying to find out in whose name the pistol was registered.

She was alone in the house at the time of the incident, police said.

Varsha, the second of Asha Bhosle's three children with first husband Ganpatrao Bhosle, had worked as a playback singer in some Hindi and Marathi movies besides appearing in concerts with her mother. She also used to write columns for web portals and magazines.

Prakash said Varsha's maid servant Deepali Mane knocked on the door of Bhosle's house around 10 am but no one answered.

Worried, she contacted Asha Bhosle's driver who told her that Varsha might be sleeping. After some time the maid went to the flat again but nobody opened the door.

The driver then entered the flat through Asha's elder sister Lata Mangeshkar's adjacent flat and found Varsha lying in a pool of blood on a sofa. Police were called in and Varsha was taken to a nearby hospital where she was declared brought dead, the officer said.

Asha Bhosle had recently shifted to a new house in Central Mumbai.

Varsha had reportedly tried to end her life twice in the past with an overdoze of sleeping pills.

She had married a sports writer and public relations professional but the couple divorced in 1998, sources close to the family said.

Prakash said police had learnt that Varsha wanted to start an orphanage with famous fashion photographer Gautam Rajadakshya, who passed away last year.

Varsha, who was said to be very close to Rajadhyaksha, was distraught after his death and was under medication for depression.

Asha Bhosle, who is away in Singapore, has cut shot her stay and taken a flight back, sources close to the family said.

Meanwhile, the body has been taken to J J Hospital for post mortem, police said.