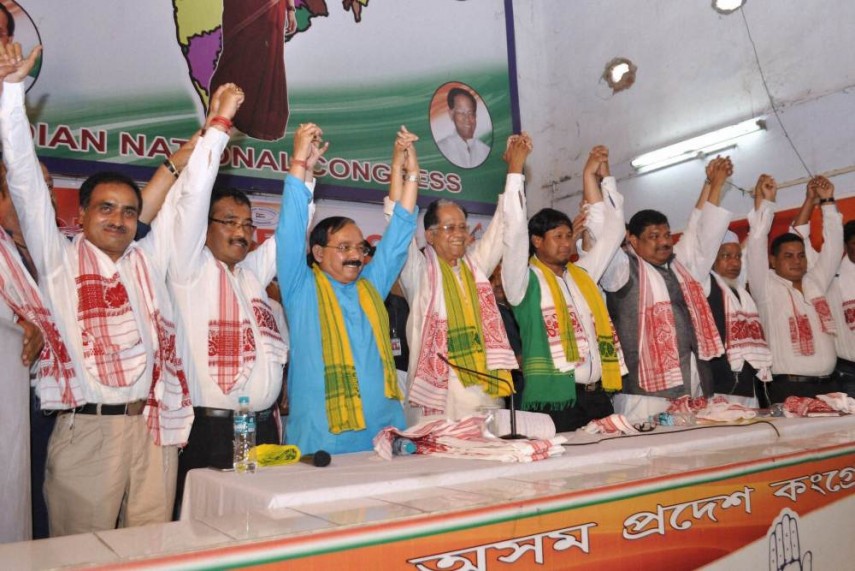 BJP and its allies today secured simple majority by bagging 64 seats in the 126-member Assam Assembly.

Congress, which had 68 seats in the outgoing House, managed to win only 21 seats and was leading in just four others.

The performance of the main opposition party in the outgoing assembly AIUDF turned out to be poor as it won only nine seats and was leading in four others. Compounding its owes, its chief Badruddin Ajmal lost to Congress candidate Wajed Ali Choudhury in South Salmara.

In the outgoing Assembly, BJP had six seats, AIUDF 18, BPF 12, AGP nine, Trinamool Congress one and independents two. Ten seats were vacant with nine Congress MLAs disqualified since December 21, 2015 after they joined BJP and one Congress MLA resigned on September 15, 2015 after joining BJP.

Sadiya: Bolin Chetia who held the seat as Congress MLA till he joined the BJP in December last won the by defeating Birinchi Neog of Congress by 6566 votes.