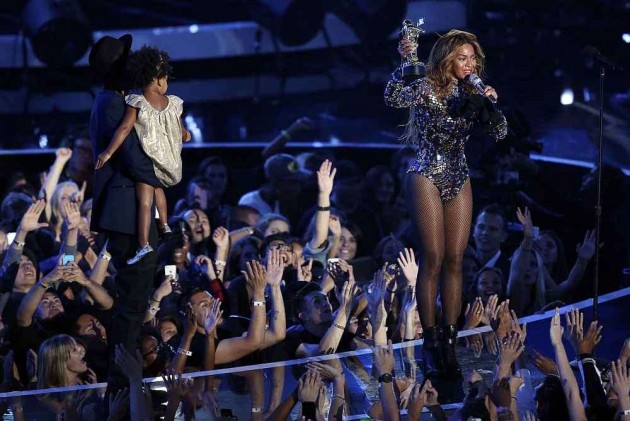 21-year-old Cyrus, who returned to the prize-giving a year after causing a stir with her raunchy routine with 'Blurred Lines' singer Robin Thicke, was all about the message this year. She chose to use her Video of the Year acceptance speech for 'Wrecking Ball' to pay tribute to homeless youths.

Jessie J then started off the trio's new hit song 'Bang Bang', but Minaj suffered an embarrassing wardrobe malfunction when she did not complete her quick-change in time and was forced to hold the front of her dress together.

Other performance highlights included Sam Smith with his hit song 'Stay With Me' and Maroon 5, who made their Vmas debut with a performance of 'Maps' outside of the venue.

Iggy Azalea and Rita Ora also hit the The Forum stage for their first-ever live performance of 'Black Widow'.

Hollywood funnyman Robin Williams, who passed away earlier this month, was remembered during the award ceremony.