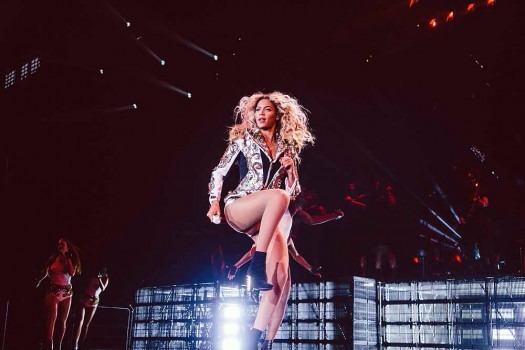 The 35-year-old singer won the award for best female R&B/ pop artiste, album of the year went to "Lemonade", with the track "Sorry" being adjudged as the viewers' choice and video of the year.

Beyonce also won the award of video director of the year for "Sorry" and shared the honour with Kahlil Joseph, reported Deadline.

He also made history by becoming the youngest artiste to receive the humanitarian award at the age of 24.

The "No Problem" hitmaker was introduced by former First Lady Michelle Obama, who made a surprise appearance at the 2017 BET Awards and spoke of issues plaguing the country, including police violence, prison overcrowding, and public education challenged.

"It feels a little early to get something like this. I have plans to tell the world and everyone watching to make the world a better place," he said.

Lamar was named the best male hip-hop artiste and he received a huge round of applause after he delivered his acceptance speech during which the rapper offered his condolences on the death of Prodigy of Mobb Deep.

Beyonce's sister Solange Knowles won the centric award for her track, "Cranes in the Sky".

A special Lifetime Achievement honour was bestowed upon New Edition's Bobby Brown, Michael Bivins, Ralph Tresvant, Ronnie DeVoe, Ricky Bell and Johnny Gill, who spoke of faith and weathering "highs and lows" during a career that dates back to the 1980s.

The R&B band performed a medley of their songs "Mr Telephone Man", "Can You Stand The Rain" and "If It Isn't Love".

The boy band trailblazers from Boston were treated to performances of their biggest hits by the cast members of BET's New Edition mini-series.

In film and television, "Hidden Figures" was chosen as the best movie with Taraji P Henson and Mahershala Ali ("Moonlight") winning the titles of best actress and actor, respectively.

The awards night was hosted by "SNL" regular Leslie Jones and it was marred with technical glitches but powerhouse performances by Future with Lamar, Maxwell, Sza and Tamar Braxton made up for the snags.