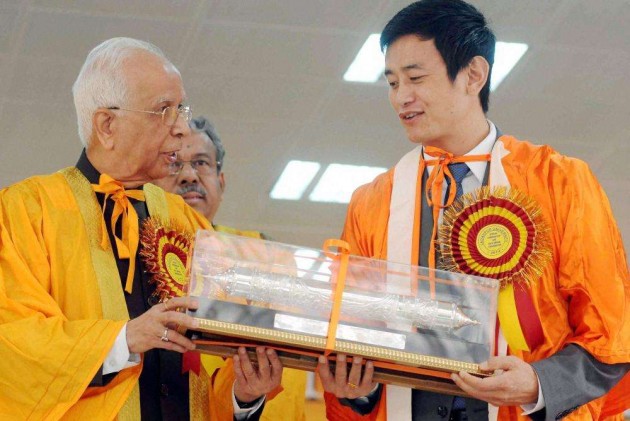 In recognition of his contribution to Indian football, former captain Bhaichung Bhutia has been conferred with a honourary degree in literature by the prestigious Jadavpur University.

Bhutia, who led the country with distinction for almost a decade, said he was "extremely touched and grateful" to the Jadavpur University for bestowing this honour upon him.

He hoped that this recognition of sporting achievement by an esteemed institution such as JU would go a long way in promoting sport among India's youth.

The university registrar read out the citation as Tripathi handed over the honorary degree scroll to Bhutia.

Often called the torchbearer of Indian football, Bhutia has been a recipient of several honours including the Arjuna Award and Padma Shri.

The latest recognition for Bhutia comes less than a month after he was inducted into the AFC's Hall of Fame by the Asian Football Confederation on November 30 in Manila.