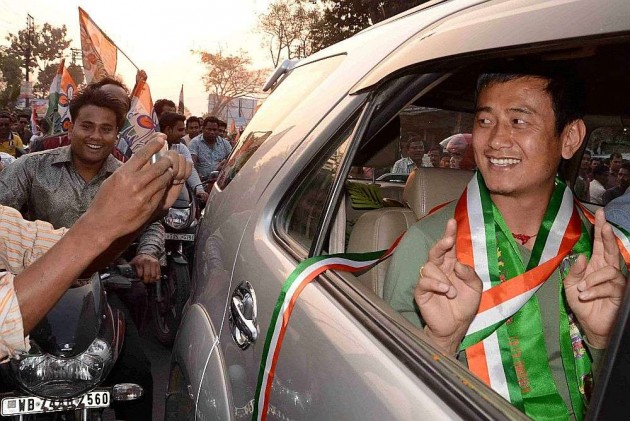 Former India captain Bhaichung Bhutia has been inducted into the AFC's Hall of Fame, the All India Football Federation (AIFF) said today.

The AIFF said it got a letter from Dato Alex Soosay, General Secretary, Asian Football Confederation, confirming about the development.

"The AFC is celebrating its 60th anniversary in Philippines on November 30 this year where a joint event will take place to celebrate the anniversary as well as reward Asia's finest at the AFC Annual Awards," the letter read.

"It is my pleasure to announce that India's legendary player Bhaichung Bhutia has been selected to be honoured as an inductee to the AFC's Hall of Fame," Dato Alex Soosay further wrote.

Besides Bhaichung, nine other legendary players from Asia would also be honoured. The awards are being instituted for the first time and Bhaichung is the sole Indian in the glittering list.

In his congratulatory message, AIFF President Praful Patel said: "Bhaichung has been the flag bearer of Indian football in over 100 international matches. My heartiest congratulations to him. Post retirement, he has been closely associated with AIFF and we expect to work closely for the development of the sport in the country."

Congratulating Bhaichung, AIFF General Secretary Kushal Das, stated: "It's a huge honour for Indian football. Being an inductee into AFC's Hall of Fame is recognition of all his hard work and commitment. We at AIFF are very proud of his achievements and look forward for his involvement as we move ahead."

Bhaichung, on his part, thanked AFC for selecting him into the Hall of Fame.

"It's a great honour for me. I need to thank AFC for finding me competent enough. I also need to thank All India Football Federation for their continous support.

"Obviously it won't have ever been possible without the support of all my teammates whom I have played along with and also the coaches for their guidance and clubs I have represented. A special thanks for all my fans for standing beside me," he said.