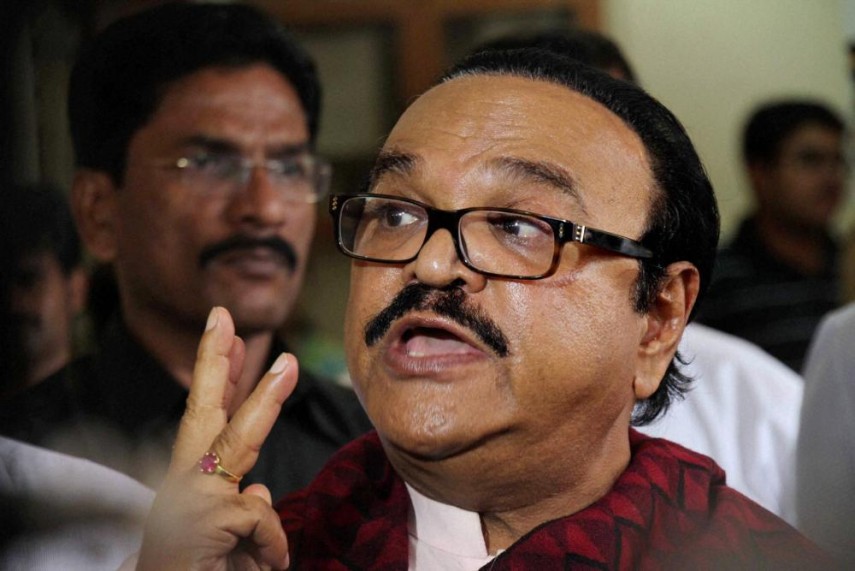 Officials said that with the latest seizure of properties under the provisions of the Prevention of Money Laundering Act (PMLA), the total value of attachments in this case are now valued at Rs 433 crore.

"A total of 22 immovable properties like flats, shops, agricultural and non-agricultural land, industrial plots in Mumbai, Nashik and Ahmednagar have been provisionally attached under PMLA today. The estimated market value is Rs 90 crore," officials in the Enforcement Directorate(ED) said.

Bhujbal and his nephew Sameer are at present lodged in the Arthur road jail here after the Enforcement Directorate (ED) had arrested them early this year. Bhujbal's son and NCP legislator Pankaj, also an accussed in the case, has recently been granted interim protection from arrest by the Bombay High Court in the same case.

According to ED, the Bhujbal family allegedly had conspired along with several others to divert or 'launder' kickbacks received by Chhagan Bhujbal, when he was state Public Works Department minister.

The charges relate to the contract for construction of the state guest house- 'Maharashtra Sadan' - in Delhi and the Kalina land-grabbing case in Mumbai.

This is the fifth attachment order issued by the agency in the case.

An attachment order under PMLA laws is aimed at depriving the accused from obtaining benefits of their alleged ill-gotten wealth and the accused parties can appeal against the order before the Adjudicating Authority of the said Act within 180 days.

The agency has filed two FIRs against Bhujbal, Pankaj and Sameer and others under PMLA, based on Mumbai Police's ACB FIRs.

The Bombay High Court, in December, 2014, had constituted a Special Investigation Team comprising the ED and the state Anti-Corruption Bureau (ACB) to conduct the inquiry against the senior Nationalist Congress Party (NCP) politician and others.

The ACB complaint names Pankaj and Sameer and they had been booked under IPC Sections related to cheating, criminal conspiracy, criminal breach of trust and relevant provisions of Maharashtra Ownership Flats Act.

The agency said the "money trail analysis indicated that proceeds of crime of Rs 25.50 crore has been invested in these properties (put under attachment)."

"Attachment order also contains properties of Dilip Khaire, an associate of Bhujbal," it said in a statement.