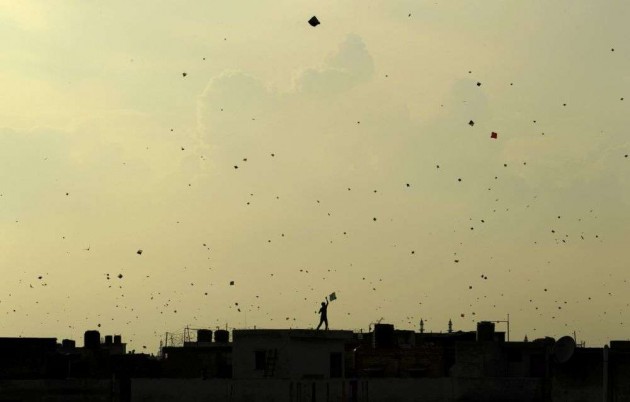 Five years after authorities in the central Punjab province banned Basant, Pakistan People's Party leader Bilawal Bhutto Zardari has made arrangements for hosting the popular festival in this port city in February.

For the first time in years, Karachi will host Basant on the beach as part of a "Sindh festival" aimed at promoting, protecting and preserving the Indus Valley Civilisation.

Speaking about his plans, Bilawal mentioned how Basant was banned by the PML-N government in Punjab.

"We are promoting the culture of peace, while terrorists want to impose their culture through the barrel of a gun," the patron-in-chief of PPP said.

"I have realised that Pakistan is gradually moving towards becoming 'banistan'. If we find someone offensive on YouTube, we ban the website. If we can't compete with the Indian cinema, we ban movies," he said at a ceremony here last night.

The PML-N banned Basant on the ground that the glass-coated twine used to fly kites during the festival had caused many deaths. Civil society groups say the ban was influenced by pressure from right-wing and extremist groups which claim the festival has "Hindu overtones".

Despite requests from civil society groups and associations representing thousands of kite-makers, the Punjab government refused to lift the ban.

Bilawal's sister Bakhtawar is also involved in planning and organising the festival.

Bilawal announced that opening ceremony of the Sindh Festival 2014 would be held in Mohenjodaro.

"Let's bask in the glory of Indus civilisation. Let's live in the Pakistan we want to see. Move away London 2012, we have Mohenjodaro 2014," he said.

Bilawal said that Pakistanis were being dragged backwards, towards "more regressive dark ages".

"We have been taught distorted history about our culture and religion by military dictators like Zia-ul-Haq, and his proteges. They want to put a gun to our heads and impose their rules on us. But we won't let them," Bilawal said.

Introducing the events to be held during the two-week festival, Bakhtawar said it would have "best of what Sindh and Pakistan has to offer".

She said the festival would have a cattle race, grand Mushaira, donkey cart race, deep sea fishing tournament, among others.

It will be held in various parts of Sindh and Karachi, Bilawal said.

"Our heritage is under threat," Bilawal said.

A 'fictionalised and imported' culture is being imposed on Pakistan "despite the fact that the country has its own rich cultural heritage", he asserted.

"Terrorists want Pakistan to have a primitive society ...It is up to us to preserve our own history and culture," he said.

Bilawal stressed that the Sindh festival would be an 'apolitical' festival.

He said that every citizen of Pakistan, including Prime Minister Nawaz Sharif, his daughter, Imran Khan and members of all political parties are invited to the Sindh festival.