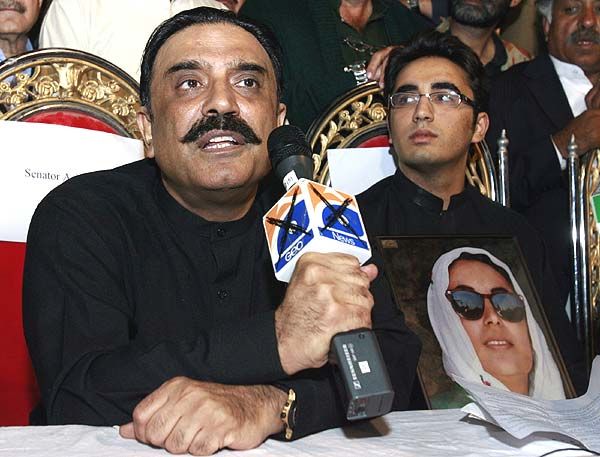 outlookindia.com
-0001-11-30T00:00:00+0553
Bilawal Bhutto Zardari has left for Dubai after a tiff with his father, President Asif Ali Zardari, over the affairs of the PPP, leaving the party without its star campaigner for Pakistan's general election.

Bilawal, recently named patron-in-chief of the Pakistan People's Party, developed differences with Zardari and his sister, Faryal Talpur, over the party's handling of key issues, including militant violence, sectarian attacks against Shias and the award of party tickets for the polls scheduled for May 11.

Two sources privy to the development told PTI that Bilawal had made it clear to his father that he felt the PPP had not strongly taken up issues like the shooting of teenage rights activist Malala Yusufzai by Taliban fighters last year and three devastating bomb attacks on Shias in Quetta and Karachi that killed nearly 250 people.

Bilawal was also upset with the PPP's handling of issues that affect the youth, especially in the wake of efforts by other parties like Imran Khan's Pakistan Tehrik-e-Insaf to woo the youth ahead of the polls, the sources said.

The 24-year-old nominal chief of the PPP was angered by Faryal Talpur's refusal to award tickets to certain candidates in Sindh province that he had recommended, a source said.

"Last month, Bilawal had recommended the names of some 200 PPP workers and asked former Sindh Chief Minister Qaim Ali Shah to give them jobs but Talpur had intervened, causing bad blood between them," the source said.

Bilawal discussed these matters with his father and sought authority to take decisions in party matters.

But Zardari sided with his sister, who plays a key role in the PPP's affairs, the source said.

"When Zardari told him that he would be handed over the command of the party after he is groomed politically, Bilawal got upset and left for Dubai," a source said.

Matters got so heated on one occasion that a source quoted Bilawal as saying: "If I had to vote, even I wouldn’t vote for the PPP."