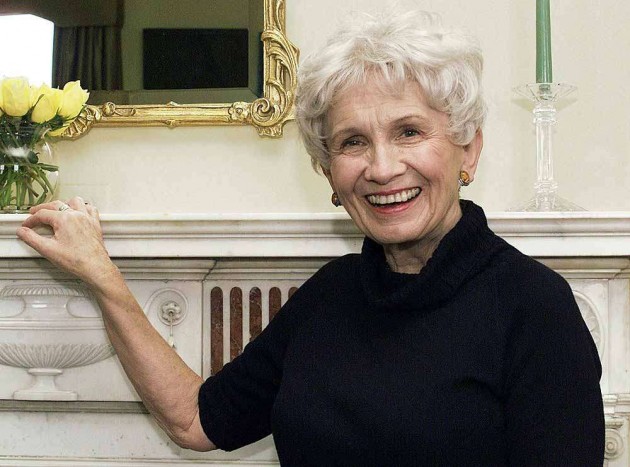 Canada's Alice Munro won the Nobel Literature Prize today for her short stories that focus on the frailties of the human condition, becoming just the 13th woman to win in the history of the coveted award since 1901.

The Swedish Academy honoured Munro, 82, as "master of the contemporary short story".

Tipped as one of the favourites in the days before today's announcement, Munro became the 110th winner of the Nobel Prize in Literature, and the first Canadian to win the prestigious honour.

Munro will be presented with her award at a formal ceremony in Stockholm on December 10, the anniversary of prize founder Alfred Nobel's death in 1896.

Alice Munro was born on the 10th of July, 1931 in Wingham, in the Canadian province of Ontario.

Her mother was a teacher, and her father was a fox farmer. After finishing high school, she began studying journalism and English at the University of Western Ontario, but broke off her studies when she got married in 1951. Together with her husband, she settled in Victoria, British Columbia, where the couple opened a bookstore.

Munro started writing stories in her teens, but published her first book-length work in 1968, the story collection Dance of the Happy Shades, which received considerable attention in Canada. She had begun publishing in various magazines from the beginning of the 1950's. In 1971 she published a collection of stories entitled Lives of Girls and Women, which critics have described as a Bildungsroman.

Munro is primarily known for her short stories and has published many collections over the years. Her works include Who Do You Think You Are? (1978), The Moons of Jupiter (1982), Runaway (2004), The View from Castle Rock (2006) and Too Much Happiness (2009). The collection Hateship, Friendship, Courtship, Loveship, Marriage (2001) became the basis of the film Away from Her from 2006, directed by Sarah Polley. Her most recent collection is Dear Life (2012).

Munro is acclaimed for her finely tuned storytelling, which is characterized by clarity and psychological realism. Some critics consider her a Canadian Chekhov. Her stories are often set in small town environments, where the struggle for a socially acceptable existence often results in strained relationships and moral conflicts – problems that stem from generational differences and colliding life ambitions. Her texts often feature depictions of everyday but decisive events, epiphanies of a kind, that illuminate the surrounding story and let existential questions appear in a flash of lightning.

She currently resides in Clinton, near her childhood home in southwestern Ontario.