Cattle Sale Ban: No Difficulty in North East, Everyone Eating What They Like, Says Rijiju 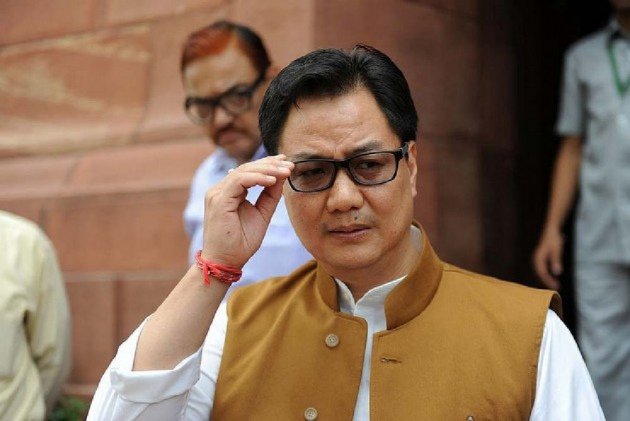 Print
A
A
A
increase text size
Outlook June 10, 2017 16:07 IST Cattle Sale Ban: No Difficulty in North East, Everyone Eating What They Like, Says Rijiju

Rejecting reports of trouble in the Northeast following the Centre's notification on cow sale, Union minister Kiren Rijiju has said nobody was facing any difficulty in the region over the matter.

Charging the Congress and "pseudo secular" groups with raising an "obsolete issue", he asked media persons to visit the north eastern states like Assam, Arunachal Pradesh, Nagaland, Mizoram and Manipur to see whether anyone was facing problems due to the notification.

"It is not at all an issue. There is no difficulty in the north eastern region. Everyone is eating what they like. (There is) no clash, no arrest. No one is put behind the bars," the Minister of State for Home Affairs told reporters here.

"The Congress is making an issue out of nothing as there is no issue for them. Congress and some pseudo secular groups are raising unnecessary issues which are obsolete. People have rejected them," he said.

On being quizzed about protests in some tribal states, he termed them as "political".

Asked about the resignation of two BJP district unit chiefs in Meghalaya opposing the notification, Rijiju said, "Only Congress and some others are making it an issue. Do not make an issue out of an individual resignation from the party.

"Only Congress is protesting. They are falsely creating an issue of an individual resignation," he said.

The Union minister stressed his government would transform the country into a developed one.

"The North East was devastated in these years. We will correct it. We will not allow ourselves to get trapped in their (Congress and others) diversionary tactics," Rijiju said.