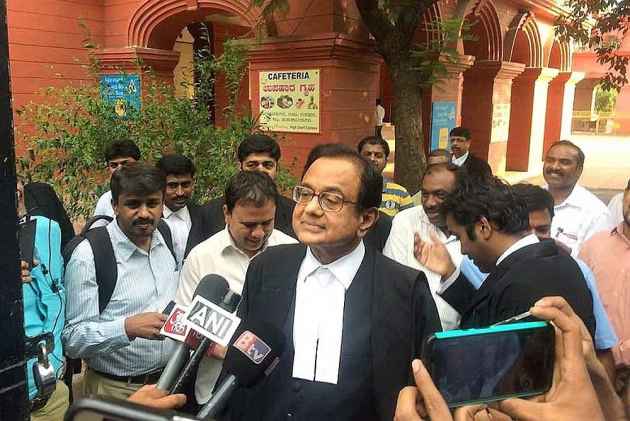 Rubbishing the Congress accusation that P. Chidambaram is being targeted for his critical views about the government, the Centre on Wednesday said that it does not indulge in any kind of 'revenge politics' and that, the law of the country is absolutely impartial.

"Congress has nothing to say that is why they are making such statements. Our government does not endorse revenge politics. It is baseless allegation," Union Minister Ram Kripal told ANI.

Bharatiya Janata Party (BJP) leader Sambit Patra said the political leaders first challenge the government to launch a probe against them and once the investigating agency initiates a raid then they would start playing 'vindictive politics agenda'.

"As far as opposition is concerned this is a classic way of reacting by the opposition parties. First they will tease you that if the investigating agency has any kind of evidences against us then why don't they come and catch us and once the law take its own course the very person start playing vindictive politics agenda. They start saying 'ye to badle ki rajneeti hai' (politics of revenge)," Patra told ANI.

Asserting that the law and judiciary department of the country is absolutely impartial, he further said that if Chidambaram feels that he has nothing to do with corruption then he should come up and explain to the concerned authorities rather than playing rhetoric.

Dubbing the Central Bureau of Investigation (CBI) raid at P. Chidambaram's residence as a "political vendetta," the Congress said the former union minister has been targeted for his critical views about the central government.

"The way these raids are being publicized it clearly shows that the Centre is trying to take political advantage out of it. It is a political vendetta. Chidambaram has been targeted for his critical views about the government. This is not right. He has been raising questions over government's economic and political policies which made the latter to take this step," Congress leader P.L. Punia told ANI.

Commenting on the same, Congress leader Randeep Singh Surjewala said the Bharatiya Janata Party (BJP)-led government is trying to suppress their voice by involving in 'politics of revenge'.

"Revenge and registration of false cases has become the DNA of the BJP government. Congress party will not be deterred. We will not bow down. We will continue to fight for the people of this country. Congress leaders will continue to raise their voices on issues and policies where the government has failed India," Surjewala told ANI.

CBI officials yesterday raided the residence of senior Congress leader Chidambaram and his son Karti in Chennai in connection with the Foreign Investment Promotion Board (FIPB) approval in several cases.

Reacting to the raids, Chidambaram said, there were no allegations against him in giving permissions during his tenure as the Union Finance Minister under the UPA government.

The senior Congress leader lashed out at the Centre, accusing it of using national agencies to target his son.

The raids were conducted at around 14 different locations in Chennai and also in the national capital in connection with the criminal misconduct in grant of FIPB approval.(ANI)