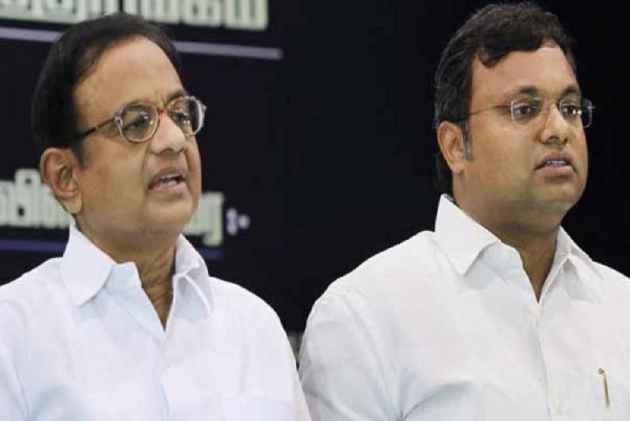 Print
A
A
A
increase text size
Outlook May 16, 2017 09:34 IST CBI Raids Residences Of Chidambaram, Son Karti Over 'Kickbacks' In INX Media Clearance

The Central Bureau of Investigation (CBI) Officials raided the residence of former union minister P. Chidambaram and his son Karti in Chennai on Tuesday morning.

The raids are happening at around 14 different locations in Chennai. Karti, his wife Dr. Srinidhi and daughter live along with P.Chidambaram and Nalini Chidamabram at their Nungambakkam bungalow in Central Chennai.

The CBI teams also raided Karti’s offices 200 metres away and also their beach house on East Coast Road, Chidambaram’s ancestral house at Karaikudi and a farmhouse near Sivaganga.

According to reports, the raids are part of the Aircel Maxis case. It is also being said that the raids are linked to clearances given to INX media, which was once owned by Peter Mukerjea .

A 11 member CBI team had arrived from Delhi on Monday after the FIR was registered there that Karti had taken a kickback to clear the INX deal to be passed by the FIPB.

“Money was paid both at India and abroad, so Karti will also invite money laundering charges later,” a CBI official said.

Karti is already facing an ED probe regarding the Aircel-Maxis and Vasan Eye Care deals and the present investigation was an offshoot of papers unearthed during the Sheena Bora murder case in which INX promoter Peter Mukherjea was arrested.

( With Inputs from GC Shekhar in Chennai)