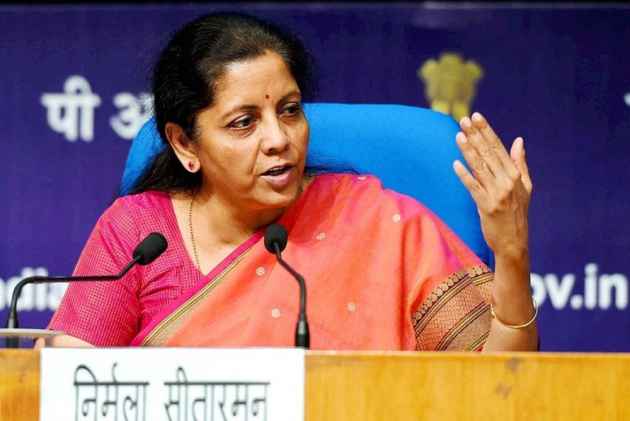 Union Minister Nirmala Sitharaman today said the Centre will cooperate with Tamil Nadu if it brings an ordinance seeking exemption from NEET for government colleges for one year.

Responding to her remarks, state Health Minister C Vijayabaskar said an ordinance in this regard would be submitted to the Centre tomorrow morning.

Tamil Nadu, which had initially sought permanent exemption from NEET by passing two Bills in the Assembly, later made efforts to be out of its ambit for at least a year or two.

State Education Minister K A Sengottaiyan, in Coimbatore, said the government wanted total exemption from NEET for the benefit of students, particularly from rural areas.

However, efforts were on to prepare students for common tests in future, he said.

Sitharaman said although students who had qualified in NEET included those from the state board, students from rural Tamil Nadu were largely out of it.

"The Centre is ready to cooperate in case the Tamil Nadu government comes up with an ordinance seeking exemption from NEET for government colleges," she said adding the exemption was only for a year.

Barring government colleges, NEET has already been implemented for other institutes, the Union minister said.

In Puducherry, Union Minister Pon Radhakrishnan said the Centre was inclined to accept a representation from Tamil Nadu on NEET.

Tomorrow morning the state ordinance seeking exemption from NEET would be submitted to the Centre. A government secretary would be leaving for Delhi tonight and the ordinance would be promulgated after consultations with the chief minister, he said.

The state health minister said the Tamil Nadu government was confident of the Centre's nod for the ordinance and under no circumstances had the Centre been "negative" about the proposal.

"We are seeking exemption only for seats in government colleges and government quota seats in self-financing colleges," he said, adding it was not sought for private institutes.

Vijayabaskar said care was being taken to ensure that the proposed move does not face any legal hurdles and the government was confident of completing the admission process ahead of the month-end deadline.

In future, students would be well-prepared for NEET and the syllabus too would be oriented likewise, he said.

Leader of Opposition in Tamil Nadu Assembly M K Stalin hit out at the centre and state governments accusing them of "staging drama" on the issue and "betraying" students.

He said if the BJP-led government at the Centre was truly interested in the welfare of Tamil Nadu students it should get presidential assent for the two Bills for permanent exemption of the state from NEET.

Actor Kamal Haasan, meanwhile, in a tweet, asked the state government to "talk immediately" (with the Centre) on the NEET issue since the matter involved the future of students.

Continue FREE with Ads Pay Rs. 1 to Read Without Ads
READ MORE IN:
Nirmala Sitharaman National
Next Story : President Kovind Gives Assent to 6 Key Legislations in 3 Weeks Since He Took Over
Download the Outlook ​Magazines App. Six magazines, wherever you go! Play Store and App Store