Chabahar Will be 'Turning Point' in Indo-Iran Ties: Ansari 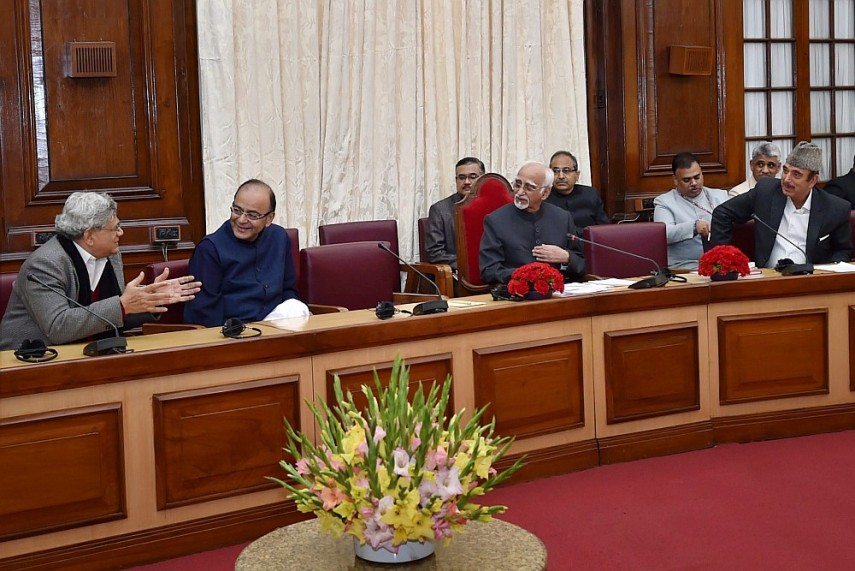 Print
A
A
A
increase text size
Outlook September 18, 2016 13:10 IST Chabahar Will be 'Turning Point' in Indo-Iran Ties: Ansari

The strategic Chabahar port, which will give India access to Afghanistan bypassing Pakistan, will be recalled as a "turning point" in Indo-Iran ties, Vice President Hamid Ansari told Iranian President Hassan Rouhani today as the two leaders held talks here.

Ansari and Rouhani discussed bilateral ties and ways to boost economic cooperation during talks held on the sidelines of the 17th Non-Aligned Movement (NAM) Summit.

Asked if Chabahar came up for discussion, Secretary (West) Sujata Mehta, while briefing reporters on the meeting, said, "certainly the subject of Chabahar came up and in fact, our Vice President said in the years to come this will certainly be recalled as a turning point in the bilateral relationship as a matter of great significance".

The Vice President said India and Iran were like two young friends who grew up together and then got busy with their own affairs, and now after some time they are coming together and discovering how close they are.

"It was a very warm meeting. They discussed the potential for economic cooperation - Chabahar figured largely. They also discussed regional issues," Mehta said.

A "milestone" pact on the strategic Chabahar port in southern Iran which will give India access to Afghanistan and Europe bypassing Pakistan was signed in May this year.

Besides the bilateral pact to develop the Chabahar port for which India will invest USD 500 million, a trilateral Agreement on Transport and Transit Corridor was also signed by India, Afghanistan and Iran.

There was some discussion yesterday evening on the importance of the Non-Aligned groups speaking on the issue of terrorism and that found reflection in President Maduro's statement this morning, she said.

"Other than the agenda of the conference that they discussed last evening, they also spoke about bilateral relations. They spoke about the extent of economic cooperation which has grown dramatically in the last 10 to 15 years.

"There was some discussion on the economic cooperation side. There was also discussion about the need to arrange an early meeting of the joint commission between the two countries which would then lead to other things," she said.

The two important areas of bilateral cooperation at this time are – India buys a lot of oil from Venezuela and it is India's fourth largest supplier, Mehta noted.

"There was some discussion on this and some additional supplies being purchased... There was also some discussion on India's export of drugs and pharmaceuticals products to benefit Venezuela. This has been a substantial growth area for us for the last several years," Mehta said.