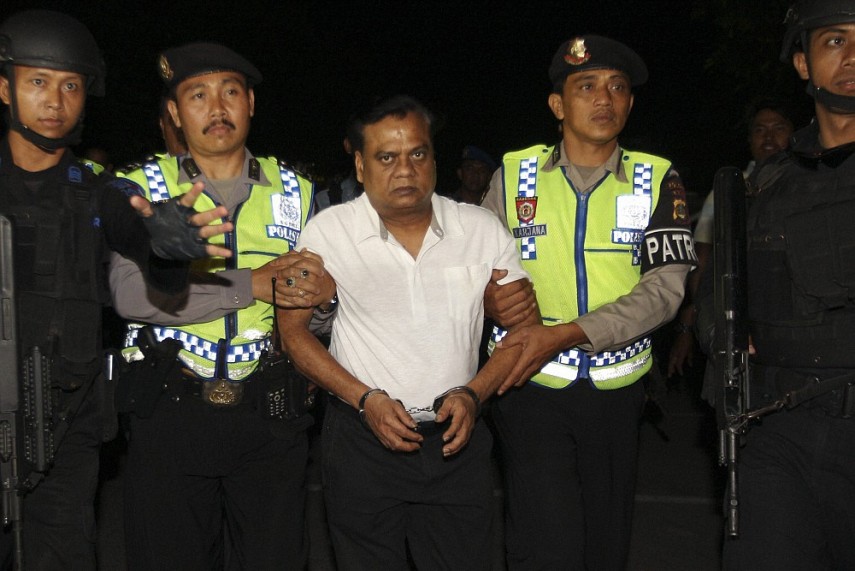 "The court has framed charges under MCOCA against Rajan and he has pleaded innocence," said a CBI official.

On August 5, the central probe agency had filed a supplementary charge sheet against the gangster claiming that he had the journalist murdered because Dey's articles and a planned book portrayed Rajan as 'chindi' (a small fry).

Dey, a veteran crime reporter, had planned a book, titled 'Chindi-Rags to Riches', wherein he was going to write the stories of 20 gangsters with humble origins.

"Dey was going to expose the fake patriotic mask used by him (Rajan) to secure himself and to accumulate wealth for his family. The book was to have that Rajan had no concern for those who made him big," the charge sheet had said.

The book was also to portray Dawood Ibrahim, Rajan's friend-turned-foe, as being superior to him.

According to the charge sheet, Rajan, who was reportedly hiding in Malaysia, had called Dey for a meeting but the journalist refused, CBI said.

Journalist Jigna Vora, an accused in the case, now on bail, is the one who instigated the murder, CBI said.

Last month, adjourning the hearing in the case, the MCOCA court had said it would go ahead with framing of charges as per the charge sheet earlier filed by Mumbai police's crime branch if the CBI failed to do so by August 5.

However, the agency stepped up and filed a 300-page charge sheet on the day.

Rajan was arrested at Bali airport in Indonesia on October 25 last year and deported to India. He is facing around 70 cases in Maharashtra, all now handed over to CBI.

Dey was shot dead in suburban Powai on June 11, 2011 allegedly at the behest of Rajan.

Another charge sheet was filed against Vora the next year. She is accused of instigating Rajan against Dey owing to her own professional rivalry.