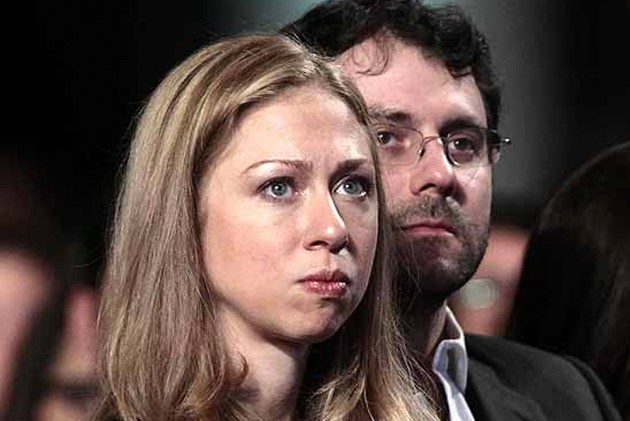 New mother Chelsea Clinton helped launch the first report on the "State of the World's Fathers" which says major inequalities persist between parents with women spending between two and 10 times longer than men caring for children.

The report said there is no country in the world where men and boys share unpaid domestic and child care work equally with women and girls despite the fact that women today comprise 40 per cent of the global workforce and 50 per cent of the world's food producers.

Clinton, vice chair of the Bill, Hillary and Chelsea Clinton Foundation which helped support the report, told a UN event launching it that changes in mindsets, policies and practices are needed to get fathers to play a bigger role.

"I hadn't understood that one of the great joys of becoming a mother would be watching my husband become a father," said Clinton, whose daughter Charlotte is now eight-months-old.

"And I am so grateful for his dedication and his support and his love, and the investments that he makes in our daughter every single day. ... His commitment to her is very much in both his and her best interest."

The report said about 80 per cent of the world's men and boys will become fathers in their lifetime, and virtually all men will have some connection to children in caregiving relationships. It also said that between 61 per cent and 77 per cent of fathers say they would work less if they could spend more time with their children, but only 92 countries offer paternity leave and for half it's less than three weeks.

The report was produced by MenCare, a global campaign to promote men and boys as equal caregivers, and was supported by several U.N. Agencies and many non-governmental organisations and foundations. It brings together international research findings, with global examples.

"Men who have close relationships with children live longer, they have fewer mental and physical health problems, they're less likely to be dependent on drugs, and more productive at work," she said.