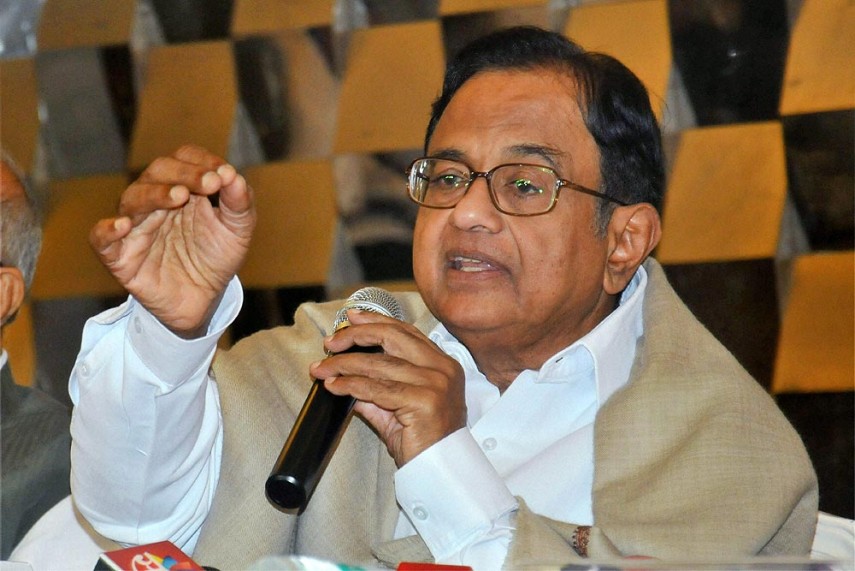 In a statement, the former Finance and Home Minister said the ED's press release issued yesterday did not refer to any specific act on the part of Karti.

Instead, he said it made the "extraordinary and ridiculous" allegation that Karti "appears to be the controller and ultimate beneficiary" of certain transactions of two companies.

"What does 'appears to be' mean? It means that the ED is making a wild allegation just to drag him into the case," the senior Congress leader alleged.

A show cause notice has been issued by the ED to Karti Chidambaram and a firm purportedly linked to him for alleged FEMA violations of Rs 45 crore.

A similar notice has also been issued in the case to Chennai-based M/s Vasan Health Care Private Limited for alleged forex violation of Rs 2,262 crore.

The ED in a statement issued yesterday said, "The total amount of contravention identified on different counts and found to have been committed by M/s Advantage Strategic Consulting Private Limited in the sale transaction of shares of Vasan Health Care to overseas investors is around Rs 45 crore."

"A show cause notice has been issued to M/s Advantage Strategic Consulting Private Limited, its directors and also to Karti P Chidambaram who appears to be the controller and ultimate beneficiary in these transactions," it said.

Chidambaram said the two companies have, in the past, explained their transactions and repeatedly clarified through their statements that Karti was "never a shareholder or a director" of either of the companies.

"As I said yesterday, if a notice is served upon Karti, a suitable reply will be sent," he said.

This was Chidambaram's second statement in as many days.

Yesterday, Chidambaram had said by targeting Karti with "baseless notices" the government cannot silence his voice or stop his writing.