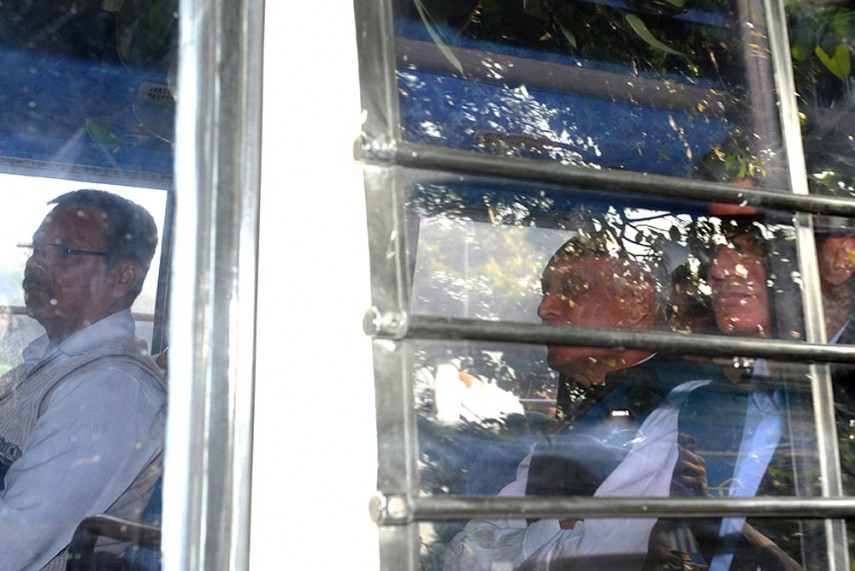 Justice I S Mehta fixed the petition for further hearing on January 18, when it is schedule to hear plea against S P Tyagi, who was granted bail by the trial court on December 26 last year.

The court fixed the plea for January 18 after CBI's standing counsel Sanjeev Bhandari told the court that similar arguments were made during hearing of the plea against ex-IAF chief.

He further submitted that there is urgency, so the court should fix the matter for same date.

The agency has approached the high court against the trial court's January 4 order, by which bail was granted to  Sanjeev Tyagi and lawyer Gautam Khaitan in the scam, saying that no purpose would be served by keeping them in custody.

As of today CBI has moved high court only against Tyagis, on the ground that they could allegedly "hamper" the probe.

The CBI has alleged that Sanjeev Tyagi could "hamper" its probe and "alert" other accused if he remained out of custody.

71-year old S P Tyagi, who was arrested by CBI on December 9, 2016 along with Sanjeev Tyagi and lawyer Gautam Khaitan in the case relating to alleged irregularities in procurement of 12 VVIP choppers from UK-based AgustaWestland during the UPA-2 regime, was granted bail by a trial court on December 26 last year.

During the earlier hearing, the agency had claimed in the high court that if S P Tyagi remained out on bail, he could "alert other potential accused".

The agency had also said that its probe was "multi-layered" as it was spread across several countries since various companies were allegedly used to "camouflage the bribe money".

A trial court had granted bail to S P Tyagi, who had retired as IAF chief in 2007, saying CBI has failed to state the alleged bribe amount and when it was paid.The trial court had also said that no purpose would be served by keeping the three accused behind the bars.

All the accused have denied the allegations levelled against them by CBI.