Clinton at White House an Extension of Obama Disaster: Trump 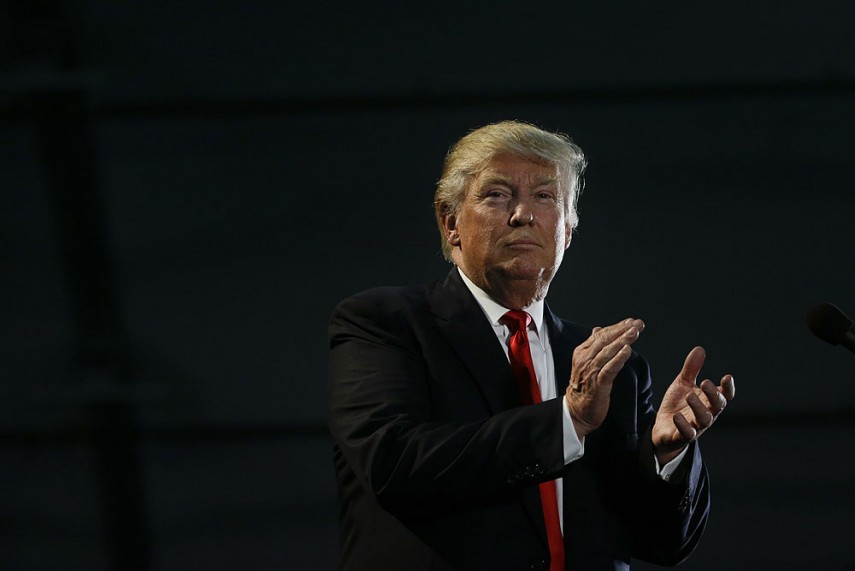 Print
A
A
A
increase text size
Outlook June 08, 2016 12:17 IST Clinton at White House an Extension of Obama Disaster: Trump

A White House under Hillary Clinton would be an extension of the "Obama disaster", presumptive Republican presidential nominee Donald Trump said today as he criticised his Democratic rival who became the first woman to lead a major American political party in the polls.

"The last thing we need is Hillary Clinton in the White House or an extension of the Obama disaster," Trump, 69, said.

"We're broke. We owe USD 19 trillion dollars going quickly to USD 21 trillion. Our infrastructure is a disaster. Our schools are failing. Crime is rising. People are scared. The last thing we need is Hillary Clinton in the White House or an extension of the Obama disaster," he said.

"The Clintons have turned the politics of personal enrichment into an art form for themselves. They have made hundreds of millions of dollars selling access, selling favours, selling government contracts. Clinton even did all of the work on a totally illegal private server. Something about how she's getting away with this folks nobody understands," the New York-based real estate tycoon alleged.

Trump claimed that recent polls suggest he has been defeating Clinton, 68.

"Now recent polls have shown that I'm beating Hillary Clinton and with all of her many problems and the tremendous mistakes that she's made, we expect our lead to continue to grow and grow substantially," he said as he sought the support of Bernie Sanders, 74, who has lost Democratic primaries.

"To those who voted for someone else in either party, I will work hard to earn your support. To all of those Bernie Sanders voters who have been left out in the cold by a rigged system of super delegates, we welcome you with open arms.

"The terrible trade deals that Bernie was so vehemently against and he's right on that will be taken care of far better than anyone ever thought possible and that's what I do. We are going to have fantastic trade deals. We're going to start making money and bringing in jobs," Trump said.

Designed to keep her corrupt dealings out of the public record, putting the security of the entire country at risk and a President in a corrupt system is totally protecting her - not right, he said.

"We are going to be discussing all of the things that have taken place with the Clintons. I think you're going to find it very informative and very, very interesting. I wonder if the press will want to attend, who knows," he said.

Trump alleged that Clinton turned the State Department into her private hedge fund.

"The Russians, the Saudis, the Chinese all gave money to Bill and Hillary and got favourable treatment in return. It's a sad day in America when foreign governments with deep pockets have more influence in our own country than our great citizens," he added.