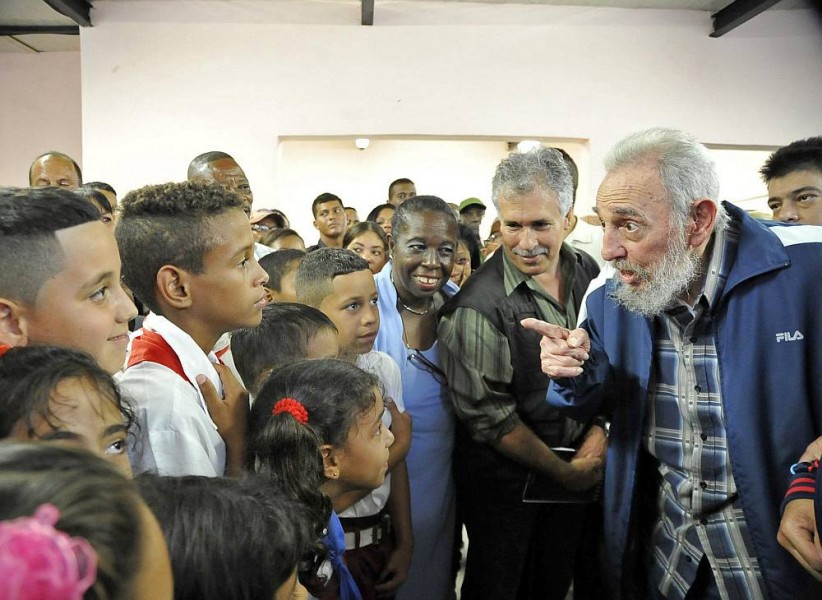 Cuba's Fidel Castro made a rare public appearance for his 90th birthday, alongside his brother and successor, Raul, and Venezuelan President Nicolas Maduro, a live broadcast on local television showed.

The Cuban revolutionary leader, who had not been seen publicly since April, wore a white track jacket and sat next to the two presidents at a gala organised yesterday by a children's theatre company in Havana's Karl Marx Theater, the island nation's largest.

In an article published by official media late Friday, Castro showed that he had lost little of his old fire when it comes to his longtime enemy the United States.

He criticised US President Barack Obama for failing to explicitly apologise during his historic visit to Japan in May for Washington's decision to drop the atomic bomb on Hiroshima in 1945.

He condemned as "equally criminal" the bombing of Nagasaki three days later.

"That's why you have to stress the need to preserve peace and that no power has the right to kill millions of people," Fidel Castro said.

The former leader retired from public life in 2006 due to ill health. He formally transferred the presidency to his brother in 2008.

He last appeared in public on April 19 at the close of the Cuban Communist Party Congress.