Defamation Case: Matter Is With Kejriwal And Not With Jethmalani, Says Jaitley's Counsel After Heated Argument 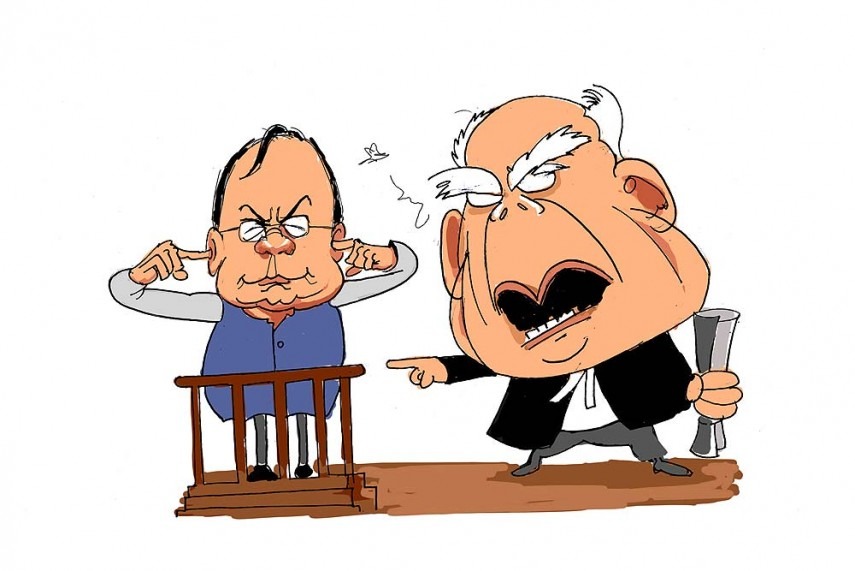 Print
A
A
A
increase text size
Outlook May 17, 2017 16:59 IST Defamation Case: Matter Is With Kejriwal And Not With Jethmalani, Says Jaitley's Counsel After Heated Argument

Heated exchanges were witnessed between Union Minister Arun Jaitley and senior advocate Ram Jethmalani in the Delhi High Court today during the former's cross-examination in a defamation case against Chief Minister Arvind Kejriwal.

The recording of Jaitley's statement in a civil defamation suit of Rs 10 crore filed by him against Kejriwal and other AAP functionaries could not take place as the Minister objected to the use of a word against him by the noted lawyer representing the Chief Minister.

The Finance Minister, who appeared before Joint Registrar Deepali Sharma, lost his cool and asked Jethmalani whether the word was used as per instructions from Kejriwal.

"If this is so, I would aggravate the charges against the defendant (Kejriwal)," Jaitley said, adding that there was a limit to personal malice.

Senior advocates Rajiv Nayar and Sandeep Sethi, who were representing Jaitley, also said that Jethmalani was putting scandalous questions and should restrain himself from asking irrelevant ones "as this matter is Arun Jaitley versus Arvind Kejriwal and not Ram Jethmalani versus Arun Jaitley".

To this, Jethmalani said he used the word on the instruction of Kejriwal.

A group of lawyers including Jethmalani who were defending the AAP leaders also said that Jaitley was not entitled to a claim of Rs 10 crore on account of his alleged defamation.

Jaitley has filed the civil defamation suit seeking Rs 10 crore damages from Kejriwal and five other AAP leaders -- Raghav Chadha, Kumar Vishwas, Ashutosh, Sanjay Singh and Deepak Bajpai -- for accusing him of financial irregularities in the DDCA of which he was the President from 2000 to 2013.