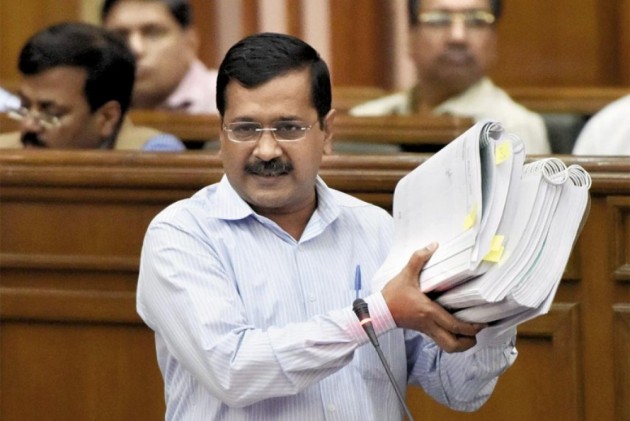 The Supreme Court deferred till Tuesday the hearing on the appeal of Delhi Chief Minister Arvind Kejriwal seeking a stay on the trial court proceedings in a criminal defamation case filed against him by Finance Minister Arun Jaitley.

A bench of Justices P C Ghose and U U Lalit was informed by the counsel for Kejriwal that senior lawyer Ram Jethmalani would argue the case and he was not available on Monday which led to adjournment of the hearing.

The Delhi High Court had on October 19 dismissed his plea seeking stay of trial court proceedings in a criminal defamation case, saying, there was no "illegality" in continuing it simultaneously with a civil defamation suit in the high court.

The high court had said there was "no prejudice" on account of a pending civil suit and there was no "double jeopardy" and as such Kejriwal's plea was "devoid of merit".

It had said the criminal and civil defamation cases were "different in nature".

Kejriwal had contented that proceedings before the trial court should be stayed since a civil suit was pending before the high court and both cannot proceed simultaneously.

Regarding the challenge to the magisterial court's May 19 order dismissing Kejriwal's plea to grant stay on proceedings due to pendency of civil suit, the high court had said that the trial court order was "free from perversity, impropriety, illegality and non-sustainability".

The high court also opined that there was no bar on a magistrate taking cognisance of the offence, which he may be of the opinion is said to have been committed by a person whose matter is still pending in a civil court.

In his plea, Kejriwal had contended that there are two cases -- one civil and the other criminal -- filed against AAP leaders on the same allegations and the trial court should have stayed the proceedings in the matter, but it had declined.

On April 7, the trial court had granted bail to Kejriwal and others in the case after they had appeared before it.

Jaitley had on December 21, 2015 filed the criminal defamation case against the AAP leaders and sought their prosecution for offences that entail a punishment of up to two years in jail.

Jaitley, in his civil defamation suit in the high court, has sought Rs 10 crore in damages from Kejriwal and the five AAP leaders for issuing allegedly false and defamatory statements against him and his family in connection with alleged irregularities in DDCA when he was its president.