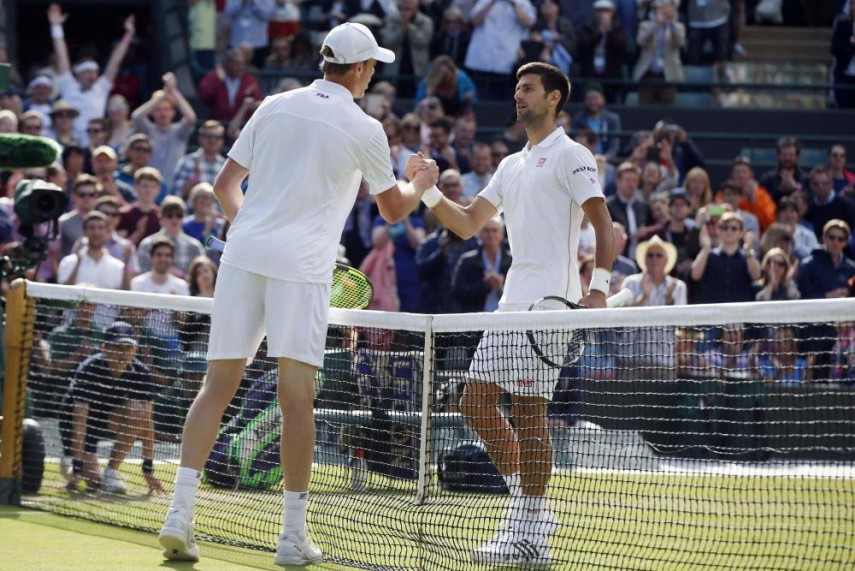 Defending champion Novak Djokovic was beaten 7-6(6) 6-1 3-6 7-6(5) by American Sam Querrey in the Wimbledon third round on Saturday.

The Serbian top seed trailed by two sets overnight after the Court One match was interrupted by rain on Friday and there was no escape for the 29-year-old as Querrey, the 28th seed, completed a huge shock.

Defeat, which ended the world number one's 30-match winning streak at grand slams, scuppered Djokovic's hopes of becoming the first man to win all four majors in a year since Rod Laver in 1969.

It was his first loss before the quarter-final of a grand slam tournament since 2009 when he also bowed out in the third round at the French Open.