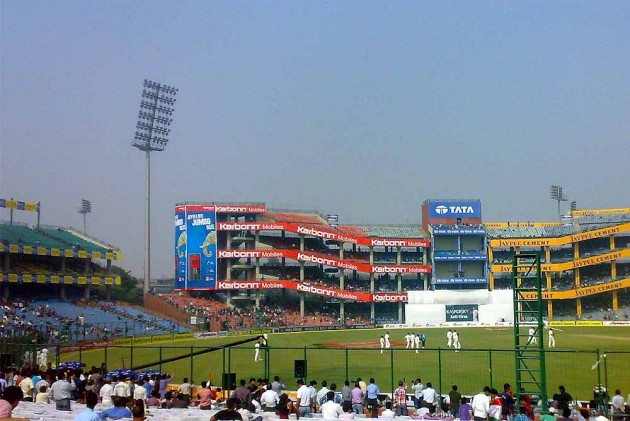 The BCCI today denied the Delhi Government permission to felicitate World Cup winners (1983 and 2011) from the state, along with former captain Bishan Singh Bedi, inside the Feroz Shah Kotla's field of play, saying that the planned ceremony would have violated norms.

The ground is currently hosting the fourth Test between India and South Africa and the BCCI said as per rules, a ceremony like this could not have been allowed in the field of play in the middle of a game.

Although the state government was free to use any other part of the ground, it refused to go ahead after being denied the access to field of play.

The Delhi government had intimated DDCA that Chief Minister Arvind Kejriwal will be felicitating 10 stalwarts from the state. The list of players to be felicitated included the names of Bishan Singh Bedi, Mohinder Amarnath, Madan Lal, Virender Sehwag and Gautam Gambhir among others but the felicitation would have violated BCCI norms.

"The BCCI secretary Anurag Thakur sent an email that it would not allow any felicitation to be held in the playing arena during the course of the Test match. The message was conveyed around 10 pm at night. It stated that it cannot allow anything inside the field of play," DDCA treasurer Ravinder Manchanda told PTI today.

"In fact, Mr Thakur said that they could do it outside the playing arena at one of the Hill-side galleries but they refused. The DDCA had no role in the matter. We only followed BCCI diktat. But at 8:35 am this morning, Delhi government informed that the programme is being cancelled."

Bedi had already reached the stadium and was told about the cancellation.

"I took Bedi saab inside but after some time, he decided to leave after knowing about the cancellation," Manchanda said.

"It's not me but Delhi government that has been denied its privileges. I did not represent BCCI. Don't wish to say anything more," Bedi said.

The more vocal critic of DDCA Kirti Azad said: "I see a more sinister design in all this. The situation has gone from bad to worse. If this move had Shashank Manohar's okay, then I am sorry to say, I am disappointed."

However, there were a few issues that had also come in between conducting the programme.

"After Deputy CM Manish Sisodia checked the arrangements yesterday, we were told by another AAP leader (a lawyer named Rahul Mehra) that Kejriwal would take a lap of the stadium and they also demanded air time. Now the official broadcasters also allowed an air time between 9:05 am to 9:15 am.

"But Police authorities said that they cannot allow CM to take a lap of honour of the stadium as it could possibly lead to a tight security situation. Also ground during the match belongs to ICC match referee and BCCI," Manchanda explained.