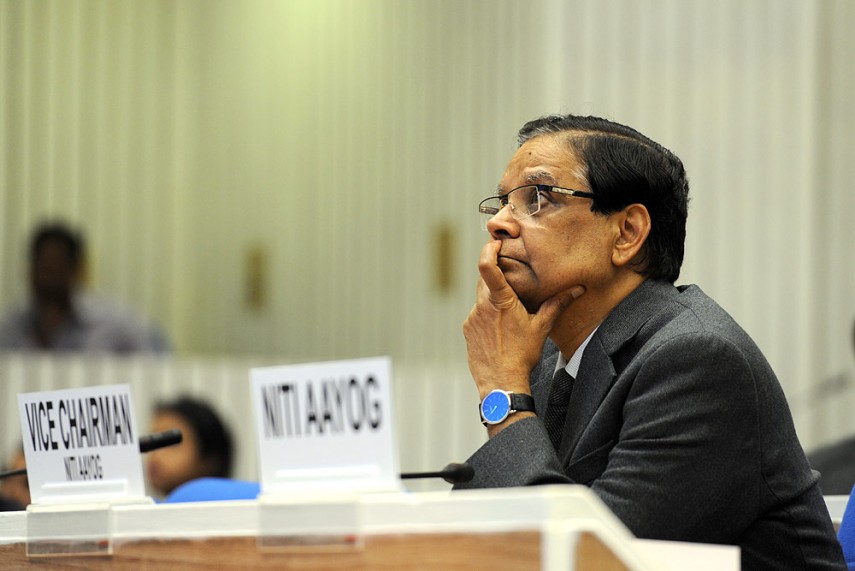 Niti Aayog Vice-Chairman Arvind Panagariya today said the government's demonetisation drive will leave a "very positive" impact on the economy in the long term as more people will move towards digital transactions.

"You see its (demonetisation) impact in the long term. It will be very positive," he told reporters on the sidelines of Global Energy Dialogue organised by CII.

In contrary to the Panagariya's views, many economists and analysts have expressed apprehensions that demonetisation may pull down the economic growth in the second half of this fiscal.

Elaborating further, Panagaria said, "Financial intermediation has increased after deposits in bank accounts. This means the capital which was privately invested will now be invested through financial institutions. This will have good impact (on the economy). It will increase our efficiency of transactions as we move towards digitised transactions. This will also be a positive thing."

Fitch Ratings yesterday lowered India's GDP growth forecast for this fiscal to 6.9 per cent from 7.4 per cent, saying there will be "temporary disruptions" to economic activity post demonetisation.

On concerns being raised by economists and rating agencies on the economic growth front, Panagaria said, "Everybody is expressing their views. It has to be seen what happens quantitatively. Mr (Aditya) Puri from HDFC Bank has said that it is an overstatement regarding this (impact of demonetisation on GDP growth)."

The demonetisation issue has also rocked Parliament as both the Houses have been witnessing disruptions and adjournments due to the noisy protests by the Opposition parties for past several days.

On the Reserve Bank's decision to temporarily increase Cash Reserve Ratio (CRR), Panagaria said, "This is an RBI issue. When liquidity increases so much in the system, that is the kind of measure which RBI takes."

He further said, "The repo rate (at which RBI lends) and liquidity in the system have to be consistent with each other. Around Rs 8 lakh crore has come into the banking system. The other measure was through Monetary Stabilisation Scheme. But it would have taken more time."