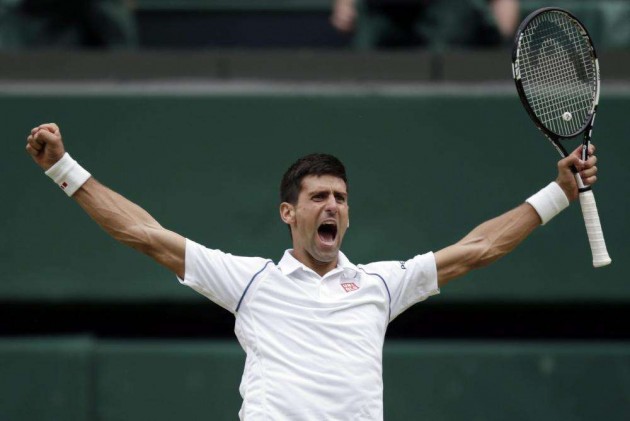 Reigning world tennis champion Novak Djokovic became a new goodwill ambassador for the UN Fund for Children, joining a roster of athletes and celebrities to hold the post.

The 28-year-old Serbian, who grew up during the Balkans war, has already worked to help vulnerable children through his role as UNICEF Serbia ambassador and his Novak Djokovic Foundation.

"I am honored to have become a goodwill ambassador for UNICEF, and to continue to help defend and uphold children's rights and provide access to early childhood care and development for every girl and every boy," he said in a statement.

Djokovic, who was born in Belgrade in 1987 shortly before the Balkans war broke out, spent much of his childhood in Serbia. He has said on past occasions that tennis was a "blessing."

He told a news conference at UNICEF headquarters in New York that relying on the support of his family during time of war and economic crisis made him "even stronger" and led him to appreciate values in life.

"Unfortunately in my country and in many disadvantaged rural areas around the world children live in such circumstances that they are discouraged to dream," he told reporters.

Dressed in a suit, dark tie and white shirt, the married father of one spoke of the low rate of children going to preschool or attending preschool programs in Serbia.

"UNICEF has inspired my foundation to determine the mission of working on the early childhood development," he said.

In a statement distributed by UNICEF he said the early years of life are crucial for child development.

"When well nurtured and cared for in their earliest years, children are more likely to survive, to grow in a healthy way, to have fewer illnesses, to develop thinking, language, emotional and social skills and become productive and successful citizens of society.

Continue FREE with Ads Pay Rs. 1 to Read Without Ads
READ MORE IN:
Novak Djokovic Sports
Next Story : Rupee Recovers 10 Paise to 66.04 Against US Dollar
Download the Outlook ​Magazines App. Six magazines, wherever you go! Play Store and App Store