Don't Want to be in Padma Awards Controversies: Narang 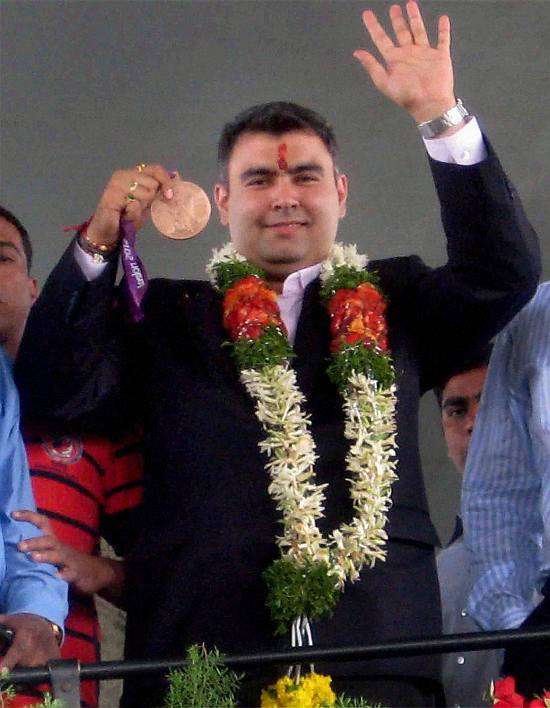 Print
A
A
A
increase text size
Outlook January 23, 2015 13:11 IST Don't Want to be in Padma Awards Controversies: Narang

Seeking to steer clear of the furore that was triggered by Saina Nehwal's open displeasure at being ignored for the Padma awards, ace Indian shooter Gagan Narang said he would prefer to wait for the government to take a call on such matters.

"I feel it is necessary for me to keep away from controversies, which is a better proposition for me, and see how the government decides in terms of awards," Narang told PTI on the sidelines of a promotional event here.

Interestingly, Narang had in August 2010 publicly expressed his displeasure after being ignored for the Rajiv Gandhi Khel Ratna award thrice and threatened to skip the 2010 Commonwealth Games due to lack of motivation.

Narang, who won a bronze medal in the Men's 10m Air Rifle Event at the 2012 Olympics, said he did not feel left out as far as Padma awards were concerned because he never played the sport for recognition.

"Not at all. I never thought I should be a better shooter to get this particular award. They come in the form of motivation and recognition," he said.

Earlier this month, Saina had expressed her displeasure at being ignored for the Padma Bhushan despite being nominated by the Badminton Association of India (BAI). She had claimed that the Sports Ministry rejected her application, citing norms.

Her name was eventually recommended for the honour after a media storm.

Replying to a query, Narang said he was too young for the Padma Bhushan.

"I am still young for something like this. If not this year, next year, or year after (I may get the award)," he said.

Talking about his preparations for coming domestic and international events, Narang said he is nursing a neck injury, but recovering well.

"Preparations are good. I am fighting few injuries at the moment. I am sorting them out and I will be back in next few weeks," he said.

"I have a neck injury which I developed after London Olympics. It is okay, but it needs little bit of tinkering here and there," he added.

Narang said he is looking forward to the National Games in Kerala and qualifications for Rio Olympic.