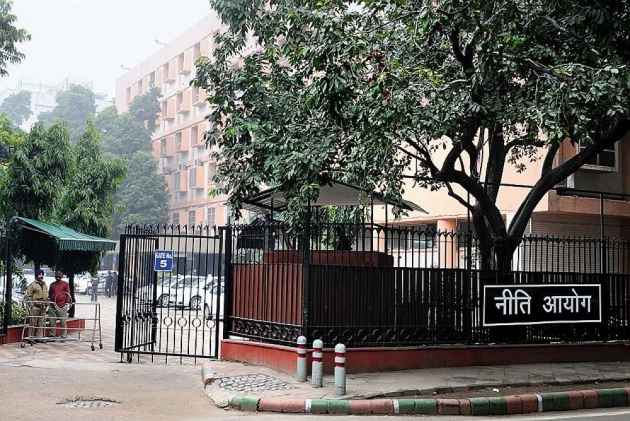 Economist Dr Rajiv Kumar was tonight named as the new Vice Chairman of NITI Aayog, five days after the incumbent Arvind Panagariya announced that he would quit to return to academics.

The government also appointed Dr Vinod Paul, a pediatrician at the AIIMS, as a member of the NITI Aayog, an official spokesman said.

Kumar, who holds a DPhil in economics from Oxford and a PhD from Lucknow University, is a senior fellow at the Centre for Policy Research (CPR).

Earlier, he was Secretary General of the FICCI and had also served as Director and Chief Executive of the Indian Council for Research on International Economic Relations (ICRIER).

He was a member of the National Security Advisory Board between 2006 and 2008.

He has also served as the chief economist of the Confederation of Indian Industries (CII) and held senior positions in the the Asian Development Bank, the Indian Ministry of Industries, and the Ministry of Finance.

Kumar is also a member of boards of several international and national institutions, including the King Abdullah Petroleum Studies and Research Center in Riyadh, the Economic Research Institute for ASEAN and Asia in Jakarta, the State Bank of India, and the Indian Institute of Foreign Trade.

The appointment for the post of NITI Aayog Vice Chairman was necessitated as the incumbent Panagariya on August 1 had announced that he will leave the government think tank on August 31 and return to Columbia University.

Panagariya, an Indian-American, had joined as the Niti Aayog in January 2015.

Continue FREE with Ads Pay Rs. 1 to Read Without Ads
READ MORE IN:
Rajiv Kumar National
Next Story : How Can One File Returns on Salary He Never Got, Sharif Asks
Download the Outlook ​Magazines App. Six magazines, wherever you go! Play Store and App Store