Elected Govt should Have Some Power, SC says on Kejriwal-Jung Tussle 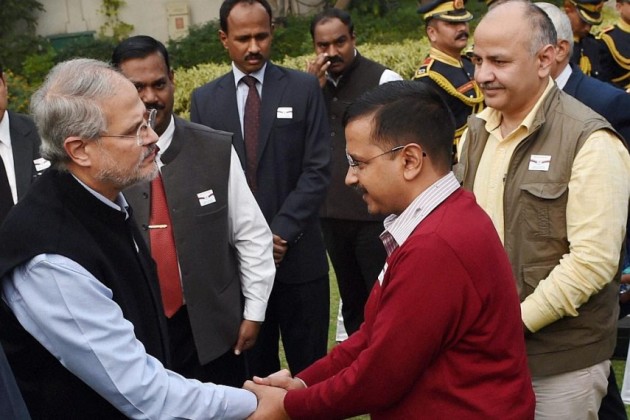 Print
A
A
A
increase text size
Outlook December 14, 2016 14:18 IST Elected Govt should Have Some Power, SC says on Kejriwal-Jung Tussle

Delhi Chief minister Arvind Kejriwal has got a leg-up in his turf war with Lieutenant Governor Najeeb Jung that is being played out in the apex court.

According to reports, the Supreme Court said, “"An elected govt should have some power to run, otherwise the government cannot function."  during a hearing of the Delhi Government’s civil suit seeking full statehood for Delhi. Chief Minister Kejriwal had accused the central government of harassing the Delhi government through the LG for doing “good work”.

The Chief Minister's case will be next heard on January 18.

The Delhi government and LG have been in a bitter fight over administrative powers ever since the Aam Admi Party took over Delhi after a landslide election victory in February 2015.

The AAP government has accused the LG of being a puppet of Prime Minister Narendra Modi. The Centre and the Lieutenant Governor maintained that LG remains the administrative head of Delhi as long as it continues to be a union territory.

All parties, including BJP, have stood for full statehood for Delhi. However, it has not materialised as yet often creating a tussle between the government and the LG. As controversies erupted over various projects and appointments, Arvind Kejriwal took the matter to the court.

Earlier, the Delhi High Courts had ruled against Kejriwal saying that administrative primacy rested with the office of the LG, following which the LG reversed a number of measures taken by the AAP government.