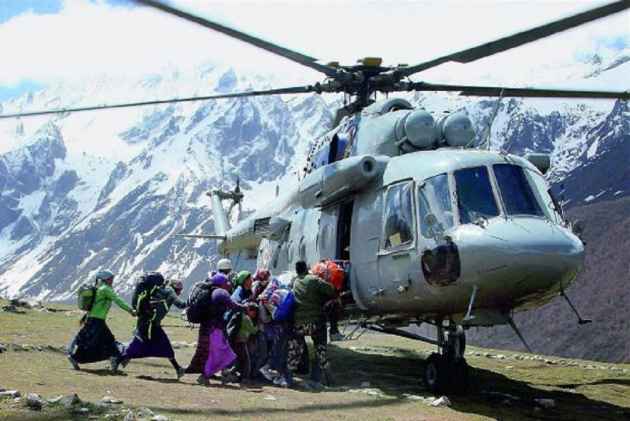 A crew member was killed and two pilots suffered injuries when a helicopter carrying pilgrims met with an accident while taking off from the Himalayan shrine of Badrinath in Uttarakhand today.

All the five passengers were safe.

An official at the Directorate General of Civil Aviation (DGCA) in Delhi said that an engineer, who was part of the crew, died in the accident, while the two pilots suffered injuries.

Chamoli Superintendent of Police Tripti Bhatt told PTI on the phone that the engineer, identified as Vikram Lamba, who hailed from Assam, was hit by rotor blades.

The police officer said the helicopter got disbalanced while taking off due to insufficient air pressure and fell down.

The accident took place around 0745 hrs.

The pilot of the chopper, Sanjay Wasi, complained of slight backache, while co-pilot Alka Shukla, a resident of Kanpur, suffered minor injury.

All the pilgrims were from Vadodara in Gujarat and they had left for their respective destinations, the police officer said.

The Agusta 119 helicopter, belonging to Mumbai-based private operator Krestal Aviation, was on its way from Badrinath to Haridwar.