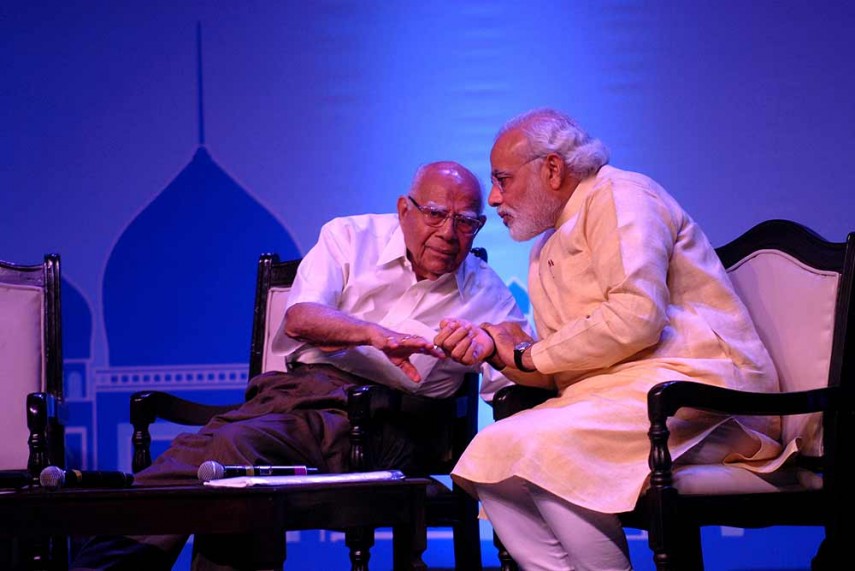 Eminent lawyer and RJD MP Ram Jethmalani today said he felt "guilty" and "cheated" for helping Prime Minister Narendra Modi who failed to deliver on his promise of bringing back blackmoney stashed abroad.

While addressing a regional convention of Samajwadi Sindhi Sabha, Jethmalani claimed he contributed to making Modi the Prime Minister after BJP leaders promised to bring back blackmoney parked in foreign banks.

He said, however, after becoming PM, Modi failed to bring back blackmoney and now it seems that the latter would not be able to fulfil his promise.

"I feel cheated and consider myself guilty that I helped Modi. I have come here to tell you not to believe Modi," he said.

Jethmalani said UP CM Akhilesh Yadav has a clean image and described him as the future of the country.

Speaking on the occasion, Rajya Sabha MP Amar Singh said he respected Jethmalani a lot as he speaks about justice.

He appealed to the members of the Sindhi community to actively participate in Assembly polls so that SP comes to power again.