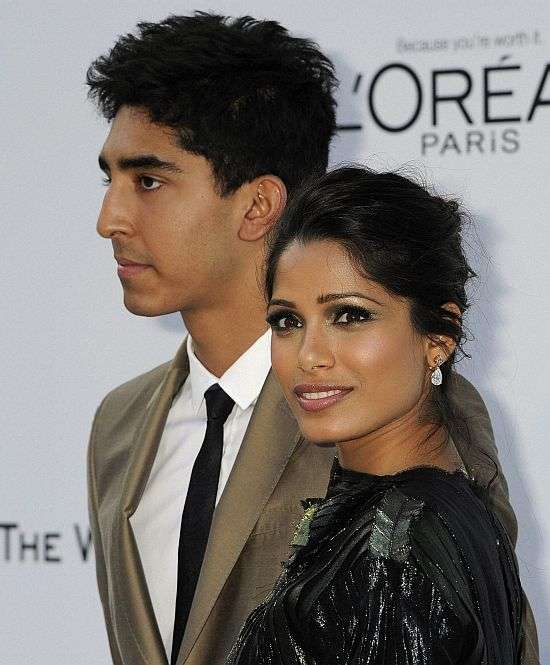 Hollywood-based Indian actress Freida Pinto and her longtime boyfriend Dev Patel are reportedly no longer together.

The pair, who played on-screen couple in Slumdog Millionaire have ended their real-life romance after dating for about six years, reported Us magazine.

"Dev and Freida have broken up. They have been done for a while," a source said.

The brunette beauty celebrated her 30th birthday without Patel, 24, this past October.

The Immortals actress was, instead, spotted hanging out with aspiring actor and son of Indian businessman Vijay Mallya, Siddharth.

"Freida is single and happy. Friends are setting her up," the source added.

Pinto and Patel met on the set of Danny Boyle's 2008 critically-acclaimed Slumdog Millionaire where they played an on-screen couple.

Before dating her co-star, Pinto was engaged to her former publicist Rohan Antao. They called it off in January 2009.