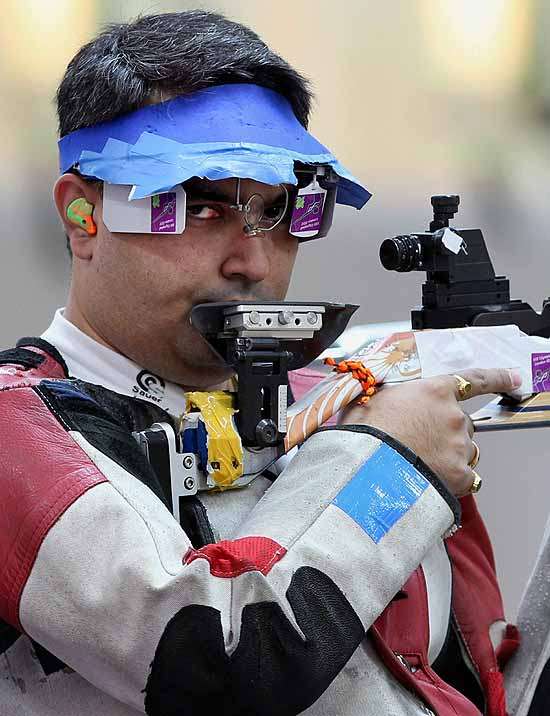 Narang, who has won four medals each in both the 2006 and 2010 Commonwealth Games but in other events, lost out the gold to Warren Potent of Australia by 0.7 points.

Narang collected 203.6 in the 20-shot final round, while gold-winner Potent scored 204.3. Kenneth Parr of England bagged the bronze.

This is Narang's first Commonwealth Games medal in his first appearance in 50m rifle prone event which is not his pet event. Narang, who won a bronze in men's 10m Air Rifle in 2012 London Olympics, will also take part in men's 50m rifle 3 position event tomorrow.

This is also India's second medal in this event in the Commonwealth Games, with Sanjiv Rajput having won a bronze in the 2006 Melbourne Games.

Today, Narang failed to become only the third shooter to win nine gold medals in the Commonwealth Games but he still has a chance to achieve the feat when he takes the field in 50m rifles 3 position. India's Jaspal Rana and England's Michael Gault have won nine gold in Commonwealth Games.

Narang was in the lead afrter the second series in which he shot a perfect 10.9 but from there on he slipped to third with Potent taking the lead.

The Indian briefly jumped to the second position after the 14th shot and from then onwards maitained his position in the last six shots to bag the silver.

The contest for the gold medal between Narang and Potent was intense with the Indian shooting a 10.8 in the penultimate shot. Potent could have been under tremendous pressure had he come up with a low score but the Australian came up with a 10 to have a lead of 0.6 points.