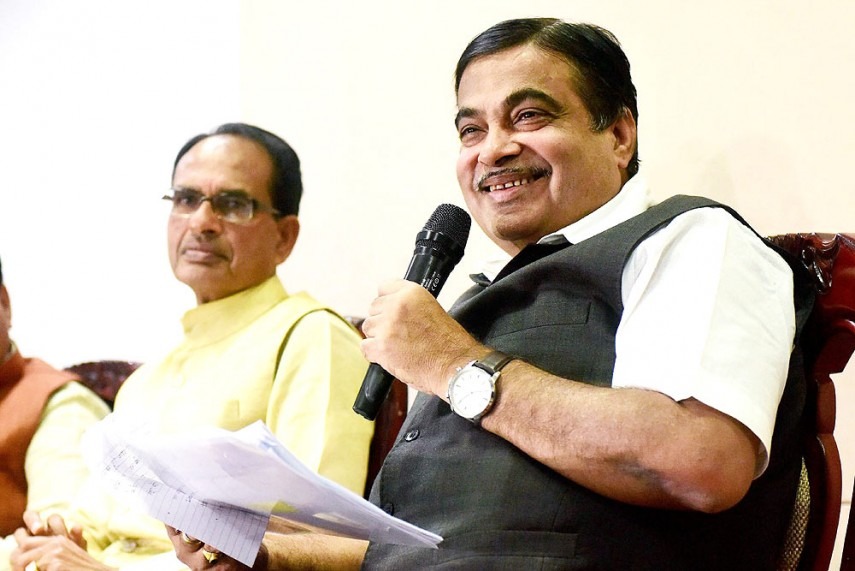 Print
A
A
A
increase text size
Outlook May 25, 2017 18:05 IST Gau Rakshaks 'Not Our People', Says Gadkari Condemning Vigilantism

The BJP and the Sangh family supports a ban on cow slaughter but "condemns" vigilantism in the name of its protection, Union minister Nitin Gadkari said today, declaring they are "not our people".

Gadkari's comments in an interview with PTI are the strongest yet repudiation of cow vigilante groups by the Modi government, which has come under fierce attack by the its rivals over violence perpetrated by the so-called "gau rakshaks".

These cow protection groups have mercilessly beaten up people, some even to death. In Gujarat's Una, seven members of a Dalit family were flogged over skinning a dead cow, while in Rajasthan's Alwar, they dragged out cattle traders and beat to death a Muslim man. Another elderly Muslim man was killed on suspicion of storing and eating beef in Bisada village in Dadri in Uttar Pradesh.

The government is focused on 'Sabka Saath, Sabka Vikas' (Together with all, Development for all), and none of its policies discriminated against religious minorities, Gadkari said in a wide-ranging interview that went beyond his main thrust about infrastructure projects in developing the highway network in the country.

Gadkari said violence in the name of protecting cows "should not have happened".

"This is not our agenda. Those who are doing this are not our people. Those who did it are wrong. We are not with them. Prime Minister had condemned (them)...We all have condemned (such violence). Why then the are we being blamed for these incidents?" he said.

Gadkari deprecated the tendency of associating every saffron clad person with the BJP.

"Any saffron clad person on television is immediately related to us (BJP) whereas the fact is that we don't have any relation with that person," said Gadkari, a former party president and a senior luminary of the Rashstriya Swayamsevak Sangh. "We don't support such people."

The BJP leader said these were part of a Left campaign to sully the image of his party and project it as anti-minority and anti-Dalit.

"BJP, VHP, Sangh (parivar) and our government do not support such elements," Gadkari said, adding that the party was, however, against cow slaughter.

As a matter of faith, Gadkari said, he used 'gomutra ark' for therapeutic purposes. 'gomutra ark' is an ayurvedic preparation obtained by distilling cow urine.

Gadkari said incidents of violence over cow slaughter had happened in the past under Samajwadi Party and Congress governments, too.

"Our government has not discriminated against any caste, creed or religion in the last three years," he said.

Gadkari said free LPG connections under the Ujjwala Yojana were given not only to Hindus but also to Muslims. Zero balance bank accounts under 'Jan Dhan Yojana' were created for people of all faiths.

"Our fight is against poverty, hunger and disease. Poor is poor and cannot be discriminated against on the basis of caste, creed, religion and language.

"We have not lent our shoulders to anyone for use against minorities," he said.

He, also rejected claims of rising intolerance under the Modi government.

Indians, he said, were genetically tolerant and this reflected in 4,000-year history when not a single mosque was demolished. "We do not discriminate," he said.