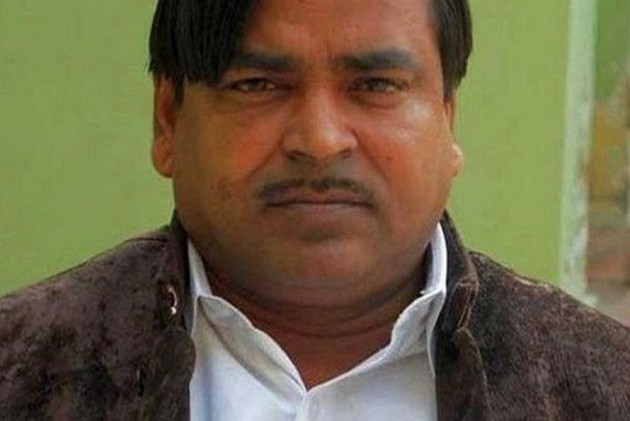 After being on the run for nearly a month, rape-accused UP minister Gayatri Prajapati was today arrested from the city by Lucknow Police.

Six others accused in the case have already been nabbed.

The 49-year-old SP leader was produced before a POCSO court which remanded him to 14-day judicial custody, the SSP said.

Prajapati was booked on a Supreme Court directive and an FIR was lodged on February 17 against the minister and six others for allegedly gang-raping a woman and alleged attempt to rape her minor daughter.

The apex court had asked the UP Police to submit an action taken report regarding the incidents in eight weeks.

As the tainted minister was being taken to custody in a luxury vehicle, questions were raised by Samajwadi Party's rivals as to how he could get the facility.

With photographs of Prajapati travelling in an SUV going viral on social media and news channels, he was soon shifted to a police vehicle while being taken to court.

"I am innocent. This is a conspiracy to malign me," he said and added that he was prepared for a NARCO test to bring out the truth.He also demanded a NARCO test on the minor victim.

DGP Javeed Ahmed said, "Gayatri Prajapati was arrested in Lucknow. He was constantly moving from one place to another all this while. This made the job of police more challenging."

He said there was no political pressure on the police to allow the minister go scot free.

Reacting to the "delayed" arrest of the SP leader, BJP UP General Secretary Vijay Bahadur Pathak said, "The state police was till now politicised. As soon as it has been freed from political pressures it has started performing resulting in the arrest."

Giving details of his arrest, Saini said, "Lucknow Police collected important leads during the last three days. Acting on a tip off that he was going to surrender, police intercepted him early this morning."

When asked if the police gave him a long rope, the SSP refuted the charge levelled in certain quarters.

On why it took such a long time to nab him and why his arrested coincided with the change of government, she said, "Polls were a mere coincidence. Gayatri even gave a slip to his own security guards after polling and was not in touch with them. All along he was mobile and his locations were traced to Delhi, Gurugram and West Bengal." (MORE) The SSP said the charge sheet will be filed in 15-20 days.

Since the allegation dated back to 2013, it was imperative for the police to collect all evidence and proceed accordingly, she said explaining the delay.

Six persons named in the FIR against the SP leader have already been been picked up by the police.

The SP leader had been accused of gang raping a woman and her minor daughter in 2014 and the Uttar Pradesh police had filed non-bailable warrant against the ex-minister and six others for the same.

Police had yesterday interrogated the SP leader's two sons and nephew to get some inputs regarding his whereabouts. Police were also set to move court to seek permission to attach his properties.

A Look Out notice was also issued against him as also a Non-Bailable Warrant. His passport too has been impounded.

Airports across the country had been alerted about the possibility of Prajapati trying to flee the country.

In the just-concluded Assembly elections in Uttar Pradesh, Prajapati had lost to BJP from Amethi, the seat he held.

As soon as the warrant was released, he went underground even as his passport was impounded to prevent him from fleeing the country.

He was last seen casting his vote in the UP Assembly elections held during February-March. He was also present at an election meeting in Amethi which was addressed by SP chief Akhilesh Yadav.

Prajapati had approached the Supreme Court to get a stay on his arrest but the top court refused to comply, asking him to approach the court concerned.