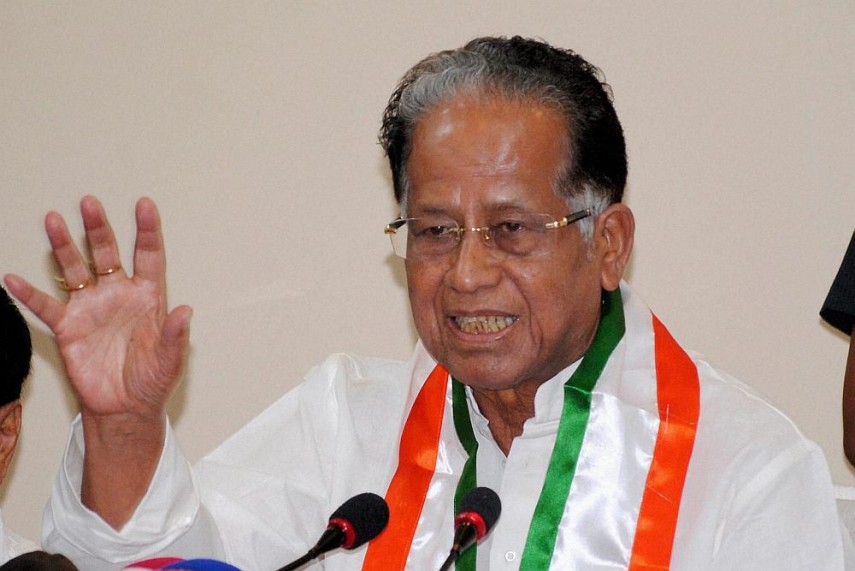 Print
A
A
A
increase text size
Outlook May 25, 2016 16:34 IST Gogoi Accepts Responsibility for Congress Debacle in Assam

Former Chief Minister Tarun Gogoi today accepted his responsibility for the Congress' debacle in Assam Assembly polls and apologised to the people for not being able to fulfil their expectations.

"Yes, I am responsible for the poll debacle. I am the leader. If I am not responsible, then who will be?" Gogoi told a press conference when asked if he would take the responsibility for the poor performance of Congress.

Probably his government failed to fulfil the expectations of people and so they were defeated in the poll, he said.

"We will analyse why we faced such a debacle. We must have committed some mistakes. We apologise to the people for that. We will now strengthen the party. We are working on how to reorganise the party. The challenge is to find out the mistakes and go to people," Gogoi said.

Stating that the situation this time was similar to 1985 when AGP came to power, foreigners issue had played the main role then, "also like this election".

"AGP had benefited that time and now it is BJP. They (BJP) succeeded in dividing the people by doing publicity that existence of Assamese and Hindus are at stake... We took steps on infiltration issue. But the way RSS presented it, we could not guess it. Already reports have come out that over 25,000 RSS members worked during the polls," Gogoi said.

He said the Congress workers are not disheartened as 31 per cent of people of Assam voted for Congress, while BJP alone got 29 per cent votes and BJP-led alliance got 41 per cent.

"In 2011, we got 39 per cent votes. This time it decreased from that, but increased from what we got in 2014 Lok Sabha polls. We are thankful to the people for giving us chance to serve them for 15 years. We succeeded in many fronts and also failed at some," Tarun Gogoi said.

Stating that he does not have any plans to retire from active politics as of now, Gogoi said Congress will now prepare itself for 2019 Lok Sabha elections.

The three-time Chief Minister said Assam has many problems like unemployment, flood, corruption and immigration.

"I hope that the new government will focus on them and we will also co-operate with them as a constructive opposition. In the sealing of border, 95 per cent work has already been completed. For sealing the river border, we had written to Centre earlier. We are blamed for foreigners issue. We will be now happy if the new government detects foreigners as soon as possible," he added.

Gogoi also disapproved new Minister Himanta Biswa Sarma's statement during the poll campaigning that the base year to identify the foreigners should be advanced by 20 years.

"We do not support shifting the base of identifying foreigners to 1951 from 1971 at present. This is a settled issue between AASU, AGP and government. What is the point to unsettle it again?" he questioned.

Talking about Centre's responsibility towards the state, Gogoi hoped they will help Assam in every aspect.

"Without Centre's help, it is difficult for a poor state like Assam to progress. Sarbananda is lucky to have the support of the Prime Minister," he added.