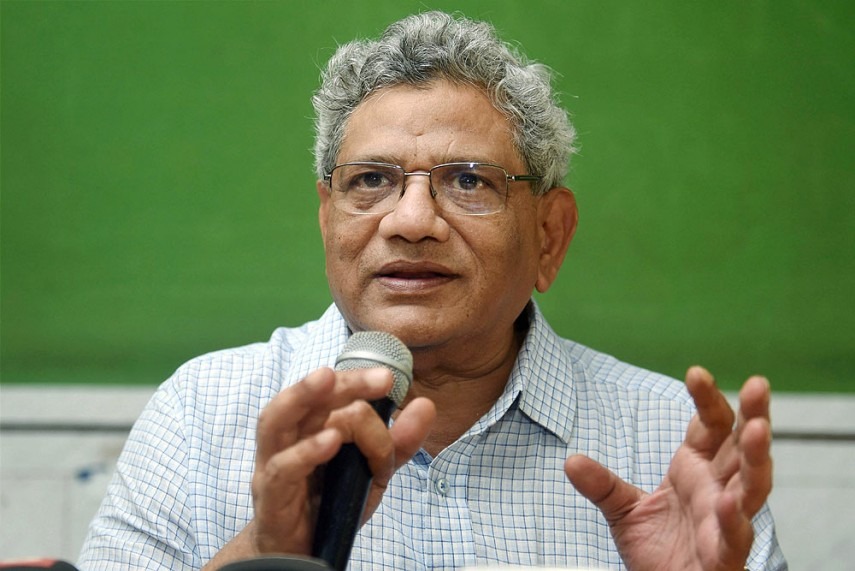 Communist Party of India (Marxist) on Monday said that the Gorakhpur mishap was a manmade tragedy, while adding that a judicial probe must be ordered in the regard to bring all those guilty to book.

CPI (M) leader Sitaram Yechury said that until the court gives a verdict announcing justice, all those who are culpable must be suspended from their post.

"This is a tragedy. This is the most inhuman, careless attitude being displayed by government of Uttar Pradesh. This is a man made tragedy, which is now very clear from various reports that the state government is totally negligent," Yechury told ANI.

"We are demanding for a judicial inquiry, till then all those who are responsible must be suspended. The culpability of this crime begins with the Chief Minister of the state and all those who have chosen him to be the chief minister, they should also be answerable," he added.

Earlier on Saturday, Uttar Pradesh Chief Minister Yogi Adityanath said that a magisterial inquiry has been ordered and a committee has been formed to look into the Gorakhpur tragedy, more than 70 children in Baba Raghav Das Medical College's hospital last week.

"Nobody can be more sensitive towards those children than me. Prime Minister is very concerned and he assured complete assistance from the Centre.

According to data procured from the BRD hospital, in five days - from August 7 to August 11, a total of 60 deaths occurred in the hospital.

The procured data also shows the number of oxygen cylinders sent for refilling each day, showing a clear shortage of liquid oxygen in the hospital. (ANI)