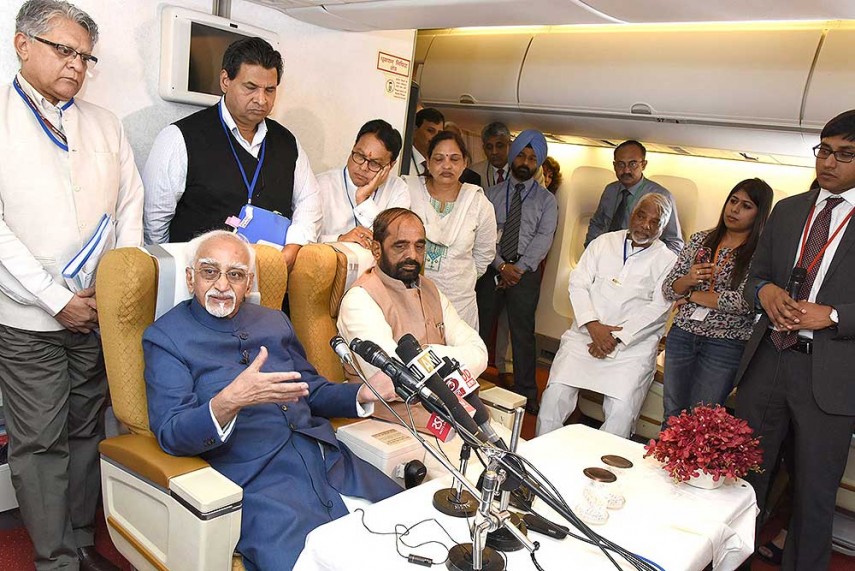 "Where do we stand on the ladder of equity? This is a question that citizens of the Republic can ask the state after 70 years of legislating welfare laws and adjudicating measures to deliver social justice."

"The ground reality is dismal," he said during the inaugural address at the 9th National Conference of the Indian Association of Lawyers here.

Quoting from a report by wealth research firm New World Wealth, the Vice President said India is the 12th most inequitable economy in the world, with 45 per cent of wealth controlled by millionaires.

Citing another report, published by financial agency  Credit Suisse, he said almost half of India's total wealth  was in the hands of the richest one per cent, while the top 10 per cent controlled about 74 per cent of it.

"The poorest 30 per cent, meanwhile, had just 1.4 per cent of the total wealth," he added.

He also said that according to a 2010 report by the National Human Rights Commission on the Prevention of Atrocities against Scheduled Castes, a crime is committed against a Dalit every 18 minutes.

"Data culled from National Human Rights Commission indicates that, in 2012, 37 per cent Dalits lived below the poverty line, 54 per cent were undernourished, 83 per 1,000 children born in a Dalit household died before their first birthday and 45 per cent remained illiterate," he said.

The data also shows that Dalits are prevented from entering the police station in 28 per cent of Indian villages, their children have been made to sit separately while eating in 39 per cent government schools, and Dalits do not get mail  delivered to their homes in 24 per cent of villages.

India is placed 130th in the Human Development Index among 188 countries, Ansari said.